Angry Sara Ali Khan teaches fan who took off her mask and asked for a selfie: ‘You can’t do that’

Sara Ali Khan arrived at Mumbai airport on Wednesday with her brother Ibrahim Ali Khan and mother Amrita Singh. They would have returned from the Maldives. Upon arrival at the airport, the three of them were photographed by the paparazzi. Meanwhile, a Sara fan walked over to her to click on a selfie with her. This angered the Simmba actor, and she trained her fan and asked him to maintain social distancing amid the pandemic.

A video of Sara telling her fan not to click on a selfie around this time has gone viral on social media. In the video, the fan pulled her mask down to her chin and asked Sara for a photo. To that, Sara, who was wearing a mask and a face shield, told him, “What are you doing? You can’t do this and you shouldn’t be doing this. “After telling him to be careful of his actions, Sara walked over to her car and thanked the paparazzi.

Meanwhile, Ibrahim was seen helping his driver adjust luggage in the trunk before sitting in the car with his mother. Shortly after sitting in the car, Sara made sure to sanitize her hands and Ibrahim and Amrita followed suit. 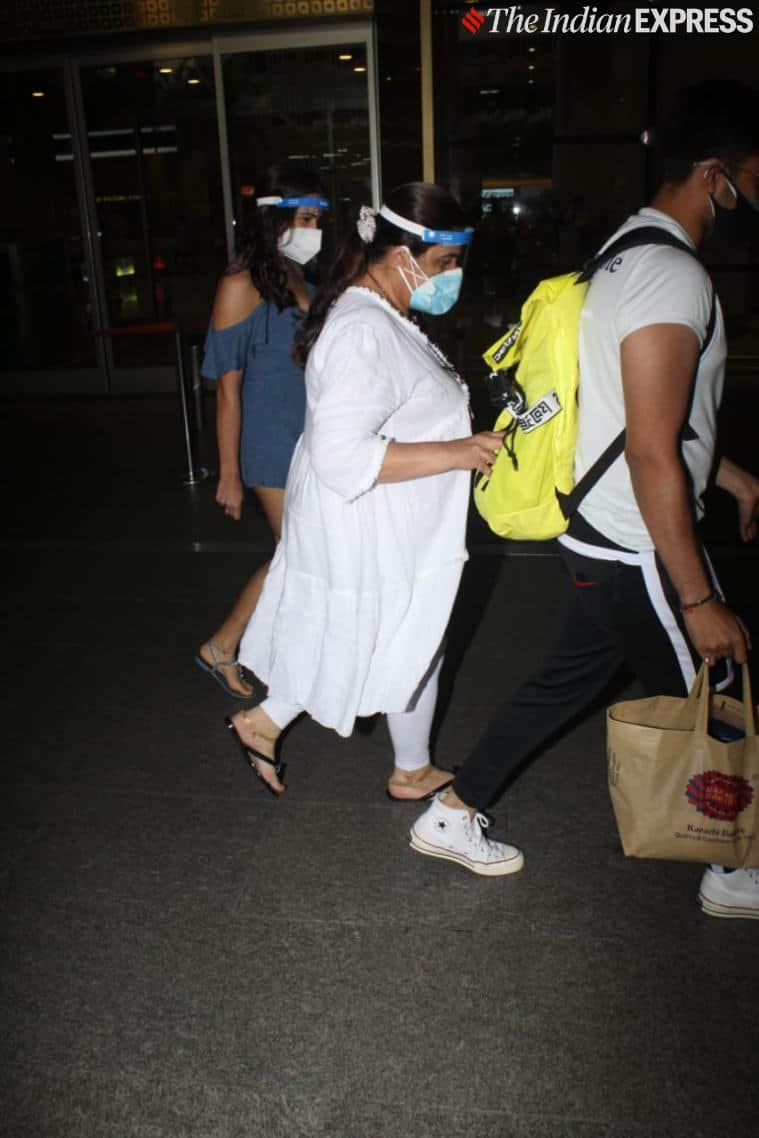 On the job front, Sara was last seen opposite Varun Dhawan in David Dhawan’s comedy Coolie No. 1. She also shot for Aanand L Rai’s upcoming Atrangi Re. The film also stars Dhanush and Akshay Kumar in key roles. The film is set to hit theaters on August 6.