Animal lover and animal rights activist, Bollywood actor Anushka Sharma recently shared a viral video of a man taking care of an injured dog and being called a “pagal (crazy)” for it.

In the video, a man holds a dog in his arms. He argues with another man, who calls him crazy for being so preoccupied with the animal. He says, “Main pagal hun, tumhe main pagal dikhaayi de raha hun, unbolte pashu ki seva karni chahiye humesha (Do I look like a fool to you? Always serve helpless creatures).

Re-sharing the video, Anushka wrote, “Pagal toh vo hain jo insaniyat nahi samjhein. Aap toh..(Crazy are those who don’t understand humanity, you on the other hand…). She added a cheering emoji as she appreciated the man for his gesture. 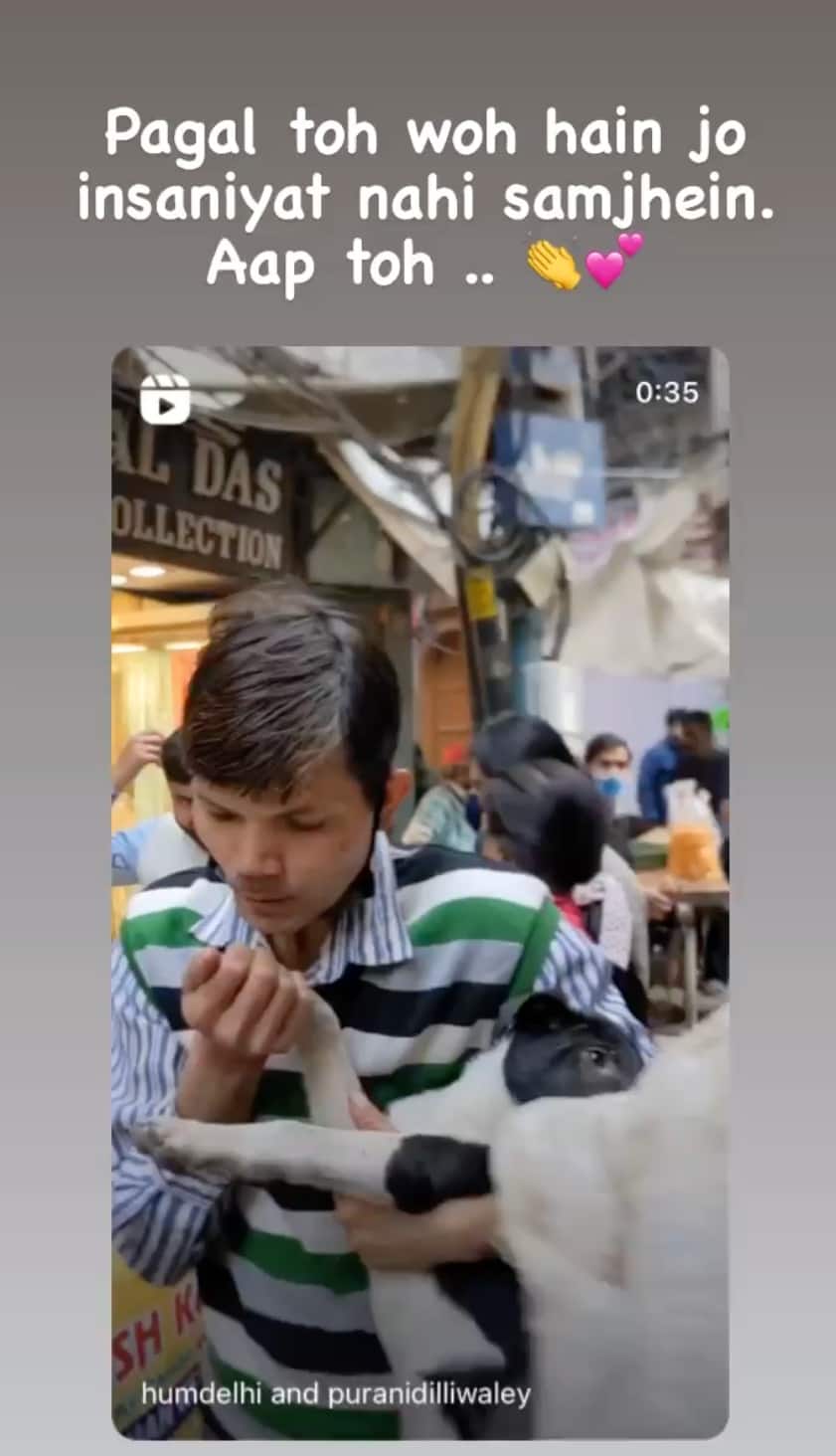 Anushka has often spoken about animal welfare and animal rights. She had started a #JusticeForAnimals campaign in 2019 to demand tougher laws, tougher penalties for cruelty to animals and also the amendment of the Cruelty to Animals Act of 1960. Inspired by Anushka’s passion for the animals, her husband and Indian cricketer Virat Kohli had also started an organization who takes care of stray animals.

The celebrity couple also recently announced that they gave up meat and have been on a plant-based diet for some time now. They said they made this decision not only because they are animal lovers, but also because they want to reduce their carbon footprint.

Professionally, Anushka has started training for her role as cricket ace Jhulan Goswami – the former Indian female cricket captain – for the film Chakda Xpress. The film will be released on Netflix.