Anushka Sharma interrupts Virat Kohli’s Instagram chat with fans and asks “Where did you keep my headphones?”

Virat Kohli was answering questions from fans on Instagram stories when his wife and actor Anushka Sharma barged in with her own question. Virat is currently in quarantine.

“Where did you keep my headphones?” Anushka asked. Kohli replied, “Still on the side table next to the bed, love.” 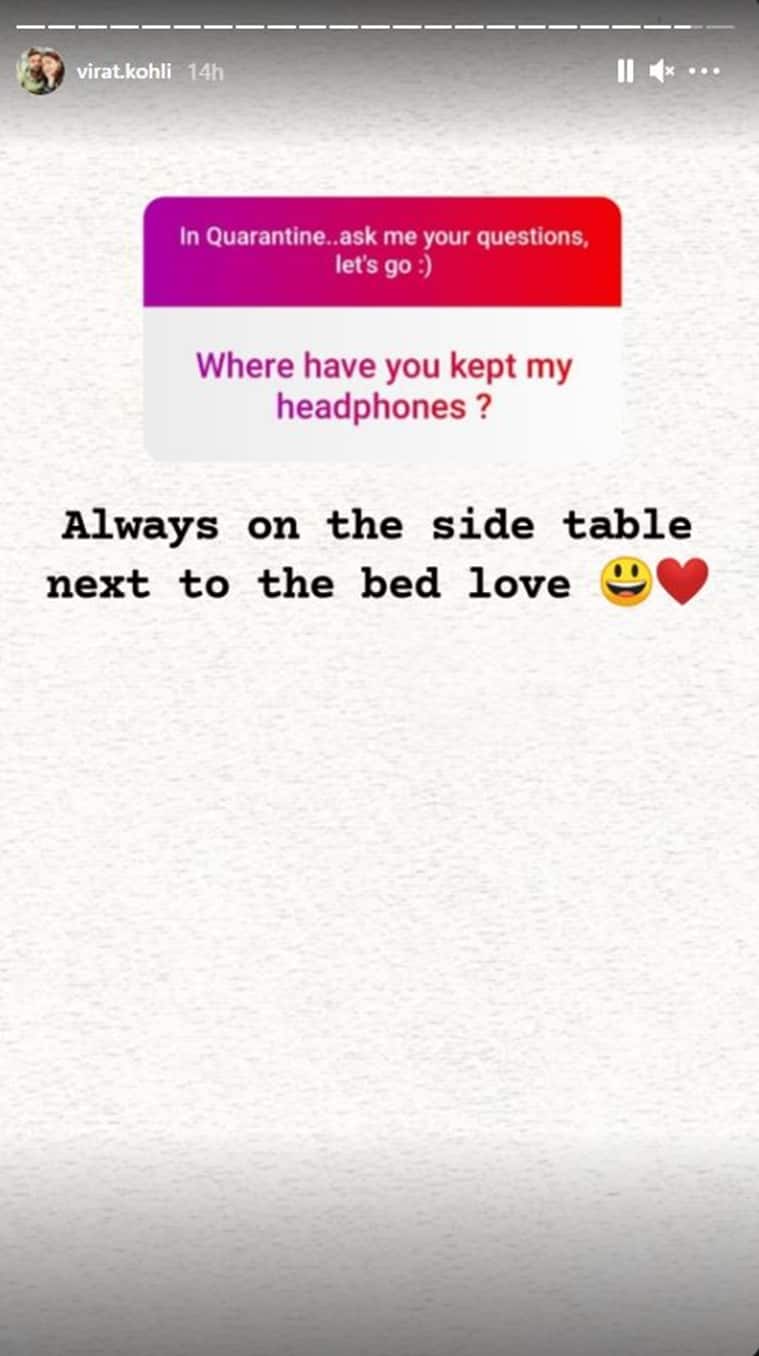 Kohli answered several questions from fans. For example, when a fan asked him what he did in his spare time, he replied, “Relax and watch some great TV shows with Anushka. “

Another fan asked Virat, “What is the meaning of Vamika. How is she? Can we see her please.

Virat explained the meaning of the name, saying that it is another name for the Hindu Goddess Durga. He also explained the reason for not sharing many photos and videos of the baby on social media. “No, we have decided as a couple not to expose our child to social media until she understands what social media is and can make her own choice,” he said.

Earlier, Virat had opened up about the “life changing” experience of parenthood. In a video shared on his team’s official Twitter account IPL Royal Challengers Bangalore, he said: “It has been life changing. It was a connection that was unlike anything the two of us have known before. Just to see your child smile, it can’t be put into words. I cannot express what I am feeling on the inside. It has been such a blessed and amazing time.

Virat Kohli and Anushka Sharma, affectionately known as Virushka, tied the knot in 2017.