Zack Snyder’s first Justice League trailer debuted on Sunday. The trailer was full of surprises and callbacks, as Snyder had promised. While the CGI looks a bit choppy at times, the film feels like a Justice League-worthy epic. Will it erase memories of the Justice League of 2017 with the director’s 4-hour special version?

Here are five takeaways from the Snyder Cut trailer:

We get a few glimpses from the history lesson on the first time Apokolips’ forces invaded earth, with Darkseid himself leading the charge. Earth forces, including the Amazons, Atlantians, at least one Green Lantern, and the humans, fought Darkseid and his parademons and successfully repelled the invasion.

Wonder Woman, as Diana Prince, learns about the Apokoliptian invasion thousands of years ago with the help of murals depicting the battle. This is the same invasion that will be described in the history lesson by her to the rest of the Justice League. In the theatrical cut, Diana was in the know, and we were confused as to how she found out.

In one scene, we see a callback to a scene from Man of Steel, in which Superman first learns to fly, as debris begins to spin around his hand. It is in Justice League that the last son of Krypton will discover what his real goal is. While in Man of Steel he was a newly created superhero, he became a confused divine figure in Batman v Superman, before seeing him die. In Zack Snyder’s Justice League, he will be resurrected and know his place in the world. 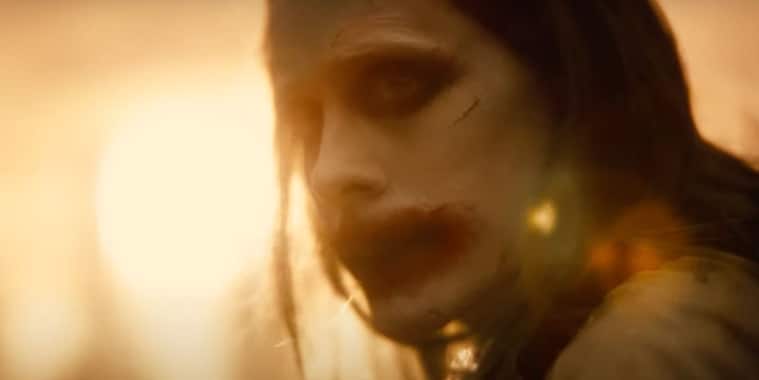 Like Batman v Superman, Batman had what is called a Knightmare, in which he dreamed that Darkseid was winning and Superman was going badly. It was to prevent that future from coming true that he assembled Justice League. Zack Snyder’s Justice League will also have a Knightmare streak, and we’ll get to see his nemesis there as well.

We live in a society https://t.co/3OaJxZlfOy

Zack Snyder adopted the popular ‘We Live in a Society’ meme and had Jared Leto’s Clown Prince of Crime say these words, now without face tattoos and wearing loose hair (as opposed to styling appropriately) . The meme itself, however, was inspired by Joker. “We live in a society where honor is a distant memory. Isn’t that right, Batman?