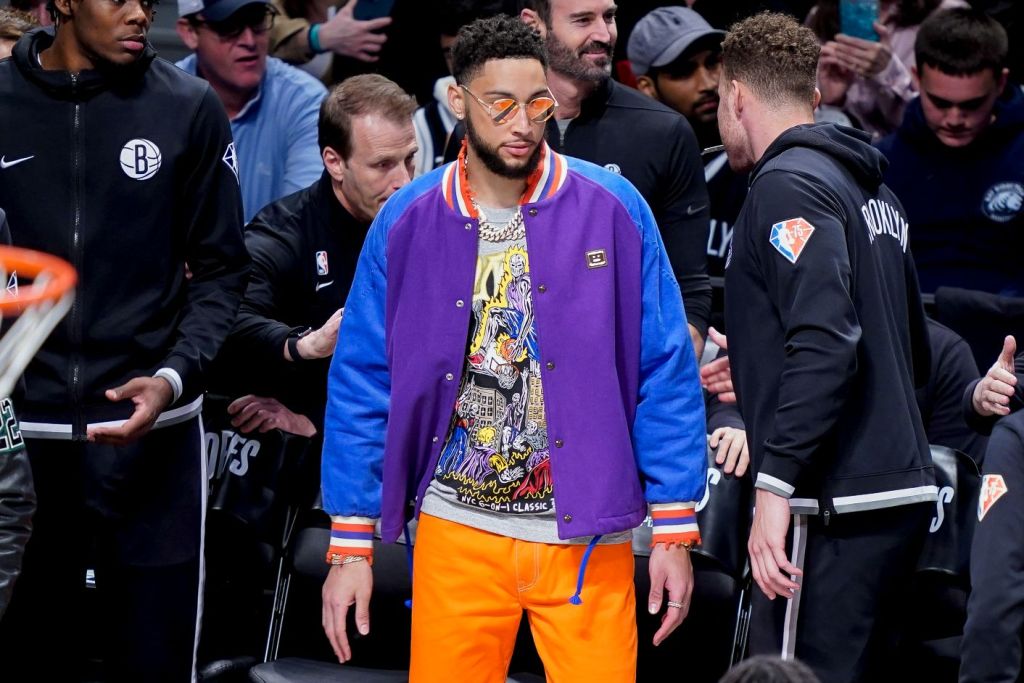 
Ben Simmons surprised off the pitch this time in a colorful outfit that is driving everyone on Twitter crazy.

The Nets player attended Game 3 of Brooklyn’s first-round series against the Celtics in a crazy cool ensemble with mismatched sneakers. As his team lost 109-103, Simmons won on social media.

The basketball star stood out from the crowd on the court wearing a purple, blue and orange denim bomber jacket with distressed details around the collar and on the sleeves. Underneath, Simmons wore a gray graphic t-shirt with skeletons dribbling a burning basketball. The scene off the tee is one that has to be seen to be believed, clearly leaving a strong impression on NBA fans everywhere.

Simmons coordinated with a pair of bright orange pants, grabbing more attention with her colorful taste. The Nike athlete topped it all off with reflective rose gold shades and gold and diamond bracelets. He also wore a larger-than-life ring and watch, also in gold. In addition to all the fun accessories, the basketball player added colorful socks in blue and red.

For shoes, Simmons wore a pair of baby blue Nike sneakers with mismatched laces. The laces range from white to bright blue, adding a really cool touch to the look. The sneakers are slick, especially when paired with her fun socks.

Overall, the look is sensational, filled with striking colors and textures. It’s a playful and quirky outfit that certainly turned heads (and tweets). Some observers on social media have compared Simmons to Willy Wonka, a bag of Skittles, The Joker and Skeeter from “Doug.”

Simmons really went for the most colorful look possible, and in doing so, he created a striking style statement that Twitter and basketball fans can’t get enough of.

Why Ben Simmons dressed as the Joker? pic.twitter.com/FFvkHQTdSZ