Actor Chitrangda Singh has slammed an airline after witnessing flight attendants allegedly abusing another passenger. She shared a video from inside the plane and said the flight attendants had exhibited poor behavior and expressed disappointment at their “overbearing” and “arrogant” behavior.

Chitrangda pointed his phone camera at a stewardess and wrote, “Goair flight 391 to Delhi from Mumbai @g8.goair is the rudest worst stewardess ever!! ! #rikusingh #jamie & #christopher #meenal everyone Please teach them some good manners. The most bossy and arrogant attitude I have ever seen! Very disappointed with all of them. It reminded me of my worst experiences at #airindia. 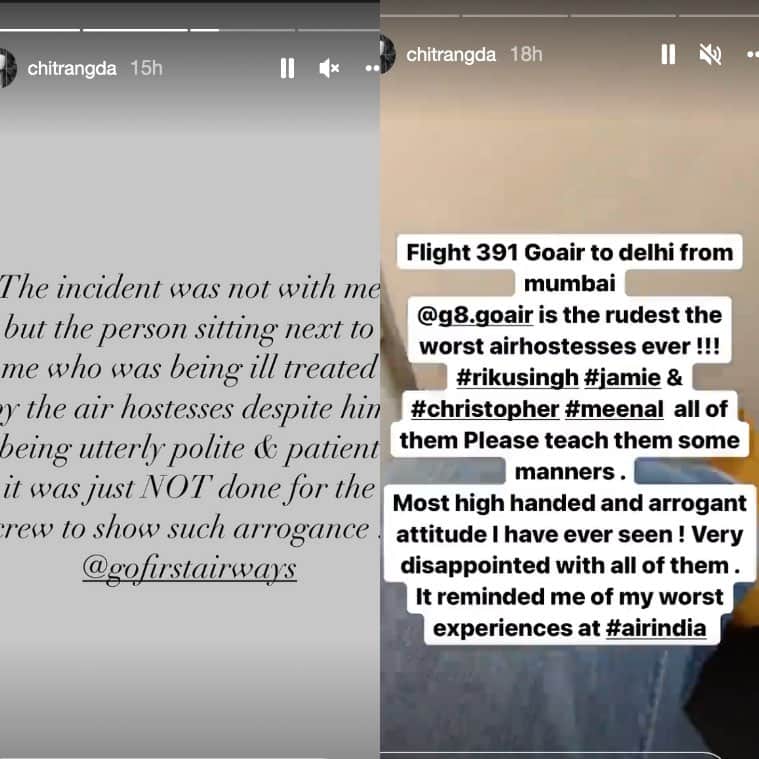 She added in her next story: “The incident was not with me but with the person sitting next to me who was being abused by the flight attendants while being completely polite and patient, this was simply NOT cut out for the crew to show such arrogance! @gofirstairways.

Earlier this week, actor Arya Babbar recounted a similar experience on a Go First flight, where he argued with the pilot. He shared a video on his Instagram account. The fight started after the pilot was offended by a joke made by Arya. Arya wrote: “Sensitive pilot. @g8.goair @gofirstairways Go Air fines people if they laugh.

Chitrangda made her acting debut with the film Hazaaron Khwaishein Aisi in 2003. She has acted in films such as Yeh Saali Zindagi, Desi Boyz, Inkaar, I, Me Aur Main and Baazaar. Her last release was Bob Biswas by Abhishek Bachchan, released in December 2021. She will next be seen in Gaslight, directed by Pawan Kripalani.