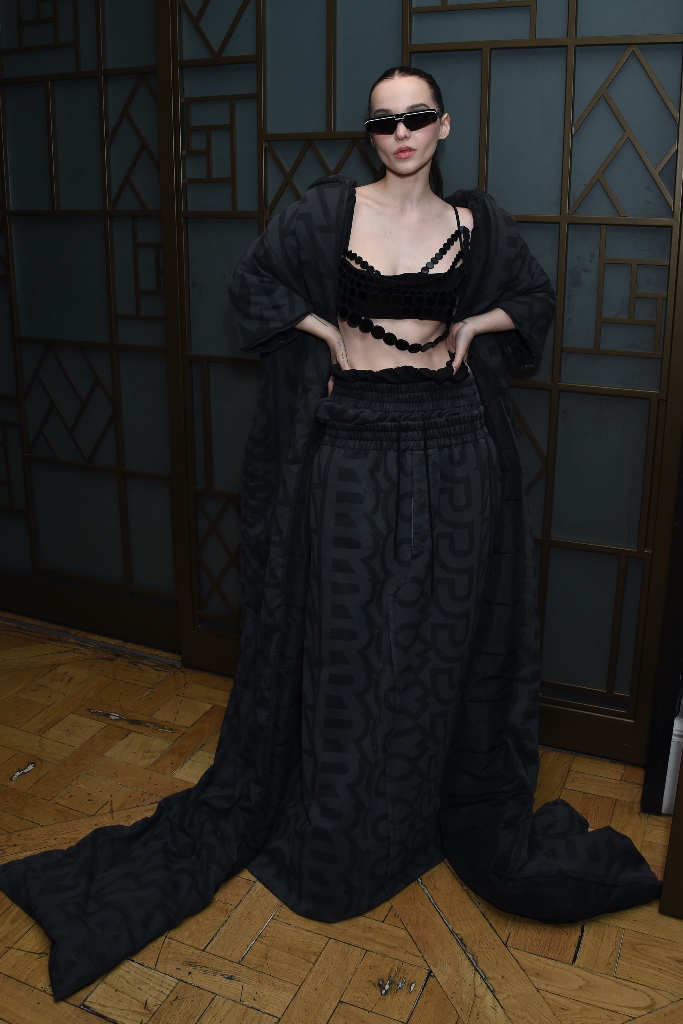 The “Boyfriend” singer attended the after-party for the premiere of Machine Gun Kelly’s new movie “Good Mourning” on Thursday night in Los Angeles. Cameron was part of the film’s cast, along with Megan Fox, Pete Davidson, Becky G and Whitney Cummings. The film follows London Crash (MGK), an actor who must choose between love and a life-changing role.

For the event, Cameron wore a black ensemble. She paired a dark maxi skirt with an elastic waistband with a matching oversized long coat that swept the floor. Under the jacket, Cameron added a black bra top adorned with connected discs.

She wore her hair up in a sleek bun and added a pair of small black sunglasses to the ensemble. Her shoes were hidden under the dramatic skirt.

Cameron has recently evolved her style and opted for darker and bolder looks like this. Earlier in May, she attended the GLAAD Media Awards wearing a sleek black Prada tube top with a trendy Saint Sintra skirt and loose-fitting opera-length Marc Jacobs leather gloves and black Amina Muaddi platform boots. She also performed at the awards show and wore an edgy black and white Ashlyn gown with the same red carpet boots.

Check out more of Machine Gun Kelly’s punk style over the years in the gallery.