Family Man and Aashram – Darshan Kumaar has two hit web shows and an interesting mix of characters in his kitten. And if you talk to the talented actor, he’s just getting started.

To put Darshan’s performance in a box would be difficult. His performances in Mary Kom, NH10 and Sarbjit would prove his versatility. He was recently seen sporting shades of gray with elan in the boxing drama Toofaan, starring Farhan Akhtar.

Not many people know that the movies weren’t part of Darshan’s plan, but he was practically ‘trained’ in the field, and a star of Salman Khan, no less.

Here’s what Darshan shared about his first movie and how things turned out after that.

My first film was Tere Naam. I was doing theater in Delhi with NK Sharma’s Act One group. A lot of my friends were going to audition. They asked me to come. I was only 13 or 14 and in 9 or 10 so I refused but they dragged me. I passed the audition and, unbelievably enough, I was selected. It was for Satish Kaushik’s Tere Naam where I was to play a college boy named Kanak Sharma, one of the three friends of Salman Khan’s character. Ever since I grew up watching Salman’s movies it all seemed like a dream to me, like a child stepped into a fantasy movie. Imagine, you’ve always loved an actor, and suddenly you’re facing the camera with him. 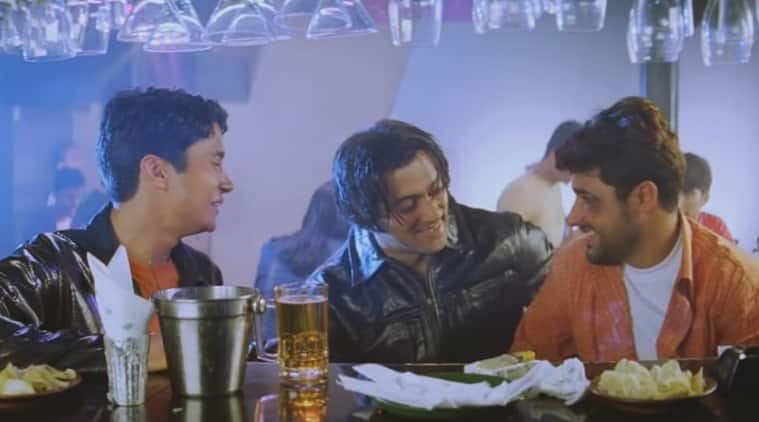 Darshan Kumaar alongside Salman Khan in a photo by Tere Naam.

Although most of the filming took place in Agra and Delhi, my first scene was in Hyderabad. It was a college scene where Salman comes and saves me from some henchmen hitting me.

Were you nervous? How many covers have you done?

I have been performing on stage since childhood. I even played the Act One band pieces as a lead from the start. So I was pretty confident. I was actually so excited I had to calm down. I didn’t know how to face the camera but I didn’t care, I thought I was going to stay in my character and do what I have to do.

I remember, I got stuck in one scene, where I’m going to watch a movie with my girlfriend and I run into this man. I kept hitting him like a kid doing it on purpose. Satish sir shouted what I was doing and I started to shake, thinking that now he was going to take me out of the movie. I took 3-4 takes for it, but finally got it right. After that it was smooth. I really enjoyed working with Salman Bhai. I was working with the best director. A guy who’s never been to any other town was traveling and shooting everywhere. What else do you want from life? I was living my dream.

I thought after the film, Salman bhai will not recognize me, because I was very young then. Later, I was nominated at the IIFA for the NH10. We were in Spain. I was wearing a suit and I was sitting behind Salman. He saw me and said, “Haan acha oho…” I wondered if he recognized me. He later threw a party in his bedroom where I finally met him properly. We talked about my fight and he appreciated my hard work. I met Satish sir a few years ago. We had to make a movie together. He texted me to congratulate The Family Man recently. He said he watched a show excessively for the first time. I hope he calls me whenever he thinks he has a character for me. He loves me as an actor. Absoutely. I was a child. I was just enjoying this moment, having a good time. I think it fits well with the character. But if I have to play anything today, let’s even say Major Sameer from the start, I will do it differently. As actors, we learn something new every day.

I was full of dandruff. I liked all types of movies, mostly comedies. I was a big fan of Govinda. Even Amitabh Bachchan, Dharmendra were some of my favorites and I never missed their movies. I used to visit one of my maasi (aunt) where I watched up to five movies a day. Once I wore my cousin’s glasses, threw a coin in front of my aunt and said “Haar kar jeetne waale ko Baazigar kehte hain”. She said what (laughs)!