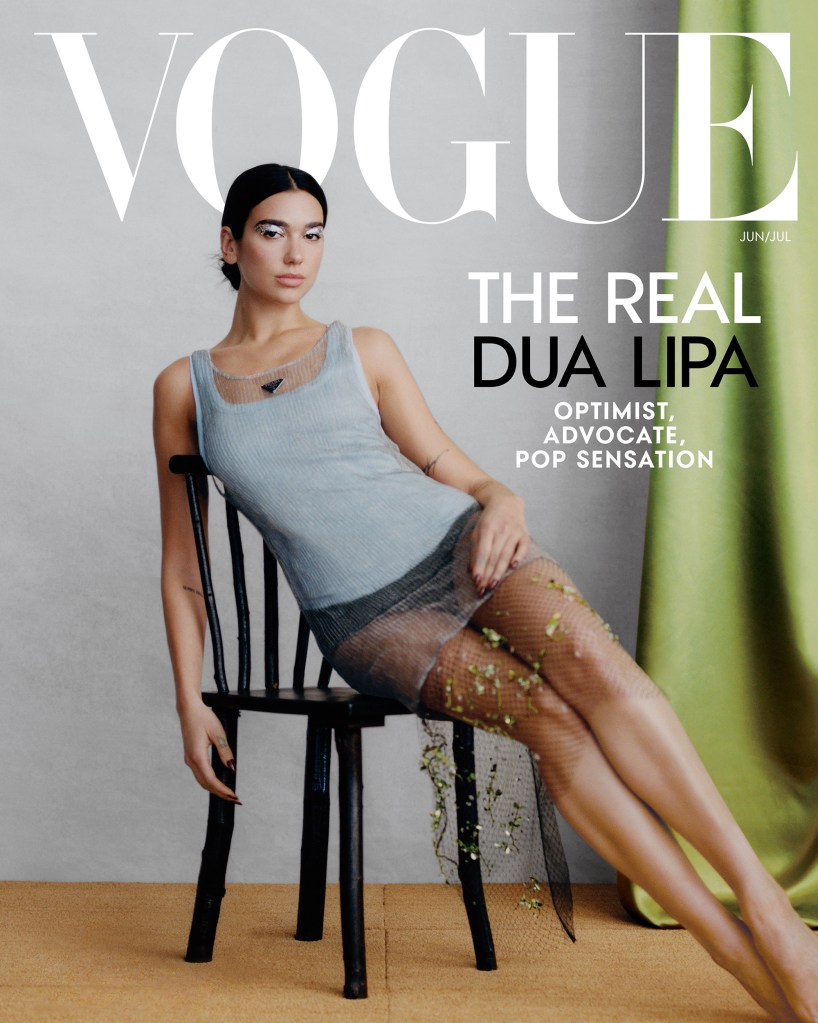 
Dua Lipa is a multi-talented woman, but no one had a “high-heeled gymnast” on the list. Recently, the 26-year-old singer took time out from her grueling Future Nostalgia tour to do her own “73 Questions” video with Vogue in Los Angeles. And during the interview, Lipa showed some acrobatic hidden talent while donning some serious designer heels.

In the 13-minute video, Lipa wears two glitzy outfits, the first being a rhinestone corset and matching opera-length gloves, which the star pairs with chunky black heeled ankle boots.

Lipa wears performance attire straight from her Future Nostalgia Tour closet while touring her epic stadium setup for her show in LA. The singer then makes a “quick change” in her signature rhinestone strappy butterfly top, pairing the risque number with faded flared jeans and Amina Muaddi purple sequined pointy heels with an ankle tie.

As part of the “73 Questions” video, Lipa showcases the most difficult yoga pose she’s mastered, which is a “Crow’s Headstand Pose.” And she makes the move while wearing this strappy butterfly outfit with designer sequin heels, lifting off the floor in the shoes and landing perfectly on the flared heels.

Lipa also answers a few questions about her shoe preferences, saying she would never wear Crocs and prefers stilettos to platforms. She also says the first designer item of clothing she ever bought was a pair of Alexander McQueen boots which she “wore to death”. Maybe that’s why she’s so good at handstands.

The video was shot as part of Lipa’s appearance on the June/July cover of Vogue, which includes a fashion spread and corresponding cover in the magazine. On the cover of the issue, Lipa wears a sheer blue Prada tank dress with black mesh detailing and black micro shorts, sporting a matching metallic look.

Chances are, she can do a handstand in any look. Talk about levitation.

Discover Lipa’s style over the years.