Kangana Ranaut gave an overview of her preparation for her next project titled Urgence Wednesday. The film is based on the life and times of India’s first and only female Prime Minister, Indira Gandhi.

Kangana took to her Instagram stories to share clicks from her process of transforming into a political leader. Tanu Weds actor Manu wrote: “Guess what’s going on in @manikarnikafilms ??” and in another story, she wrote: “The body scans for the movie Emergency, it’s time to step into the shoes of Madam Prime Minister Indira Gandhi ji.” 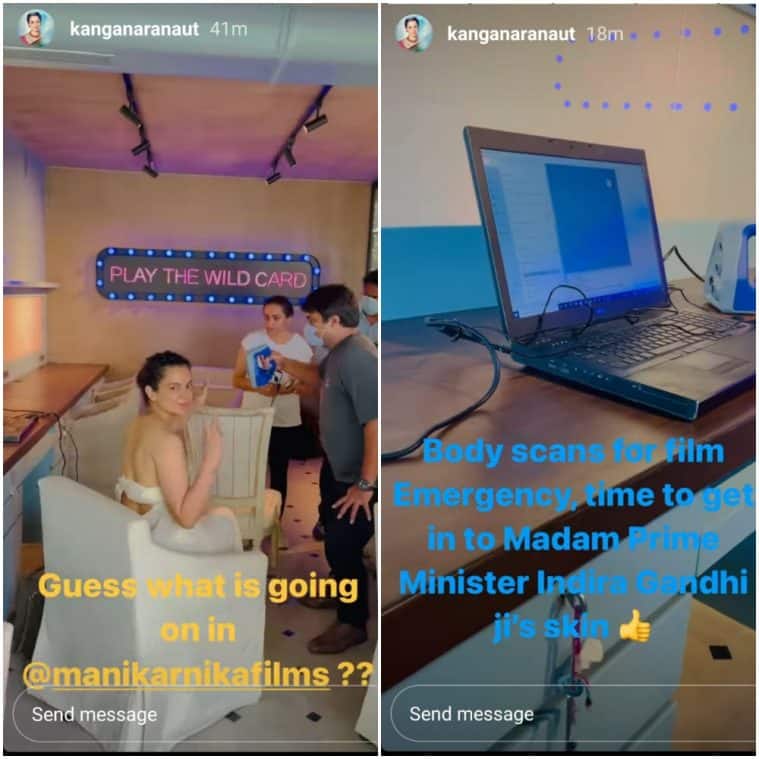 Emergency will be directed by filmmaker Sai Kabir. Kangana previously said the film would not be a biopic but would cover important moments in Indian political history, including Operation Blue Star and The Emergency.

“This is not Indira Gandhi’s biopic. It’s a great period film. To be precise, it is a political drama that will help my generation understand the socio-political landscape of India today, “the actor said in a statement.

Kangana had also said that she was looking forward to playing Indira Gandhi whom she called “the most iconic leader we have had in the history of Indian politics”. She also shared that “many prominent actors will be part of this film” who will place political leaders like Sanjay Gandhi, Rajeev Gandhi, Morarji Desai and Lal Bahadur Shastri, among others.

Kangana is currently awaiting the release of her next big movie Thalaivi where she plays the role of film icon and former Chief Minister of Tamil Nadu J Jayalalithaa. The Tamil version of the biopic recently earned a ‘U’ certificate from the CBFC and will hit theaters soon, after being delayed due to the second wave of the coronavirus pandemic.

Kangana had shared the news on Instagram on Tuesday. She wrote: “Thailaivi gets U certificate in Tamil version which means after Queen and Manikarnika another one of my movies that even kids can enjoy with their parents and grandparents.”

Kangana finished Tejas from Sarvesh Mewara and Dhaakad from Razneesh Ghai. She also has the second release of her Manikarnika franchise, titled Manikarnika Returns: The Legend Of Didda in her kitty.