First of Many: Vaishnavi MacDonald revisits Veerana from Ramsay Brothers

We also remember Vaishnavi MacDonald as Geeta Vishwas on the popular Shaktimaan show from the late 1980s, aside from films like Laadla, Baabul, and Super Nani.

But it’s interesting that MacDonald started her acting career at a young age, with a genre few people would want to choose as their first. Here’s what the actor shared about his participation in Ramsay Brother’s popular film Veerana.

My first film arrived at the age of 9. It was a horror movie called Veerana (1988). I was not inclined to gamble. One of my uncles, JK Ahuja, who wrote for thrillers and for Ramsay Brothers, had also written Veerana. Thanks to him, we learned that they were looking for a girl with an expressive face to play the child version of the heroine Jasmin Dhunna. My uncle convinced my parents to let me do this. 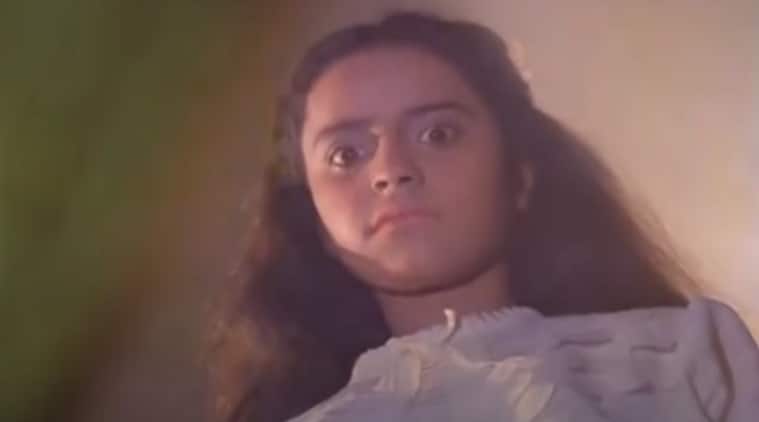 Vaishnavi MacDonald was nine years old when she worked in Veerana.

The first day of filming took place in a bungalow called Giri Kunj near Dharmendra ji and Sunny Deol’s house. He is always there. My first shot was on the balcony with great actors like Vijayendra Ghatge and Kulbhushan Kharbanda. In the scene, I had to look down and keep my eyes open because I’m possessed. And when you keep your eyes open for a long time, they start to burn. I took a few times because of it, but we finally got a good shot. My character is possessed when she is little. The witch takes control of her.

I never wanted to become an actor. I was a very studious person. So when I first faced the camera, I was very nervous. Somehow, this nervousness is not visible on the screen. But it all went well and the producer-directors were very happy even though it was my first time on camera.

I think it was the first time this whole horror thing had started, with ghosts, demons, witches and scary faces. The movie, however, didn’t have a lot of prosthetic actors because it was more of a supernatural thing. Only the witch who owns this girl needed prosthetics. I used to see this actor, I forgot his name, I put on makeup every day. There is a famous scene in the movie where the witch pulls me into the coffin. People always asked me if I wasn’t afraid to do this. But I was fine because we had the same witch having lunch with us in the afternoon. Then there were 100 members of the unit around. So there was no fear as such. It’s scary for those who watch the movie.

Back then, we didn’t have cell phones to keep in touch. So we were there for a while and then everyone left and lost touch. I think even Jasmin Dhunna disappeared after that. Only Sahila Chadha is there, I guess. She was with CINTAA. I worked with Kulbhushan Kharbanda later in the TV show Mere Ghar Aayi Ek Nanhi Pari.

Even though even at that age, I was critical of my own performance. But they introduced me very well. Half of the film was based on the child. It was an interesting film for that particular time when things weren’t as technically advanced as, say, Vikram Bhatt’s films today. But whatever it got for that genre and its limitations, it was a movie well done. And it worked well compared to a lot of other Ramsay movies that didn’t have a big run.

My dad was an English movie lover so he would take us to the cinema to watch all the latest movies. I loved The Mask, the old one.