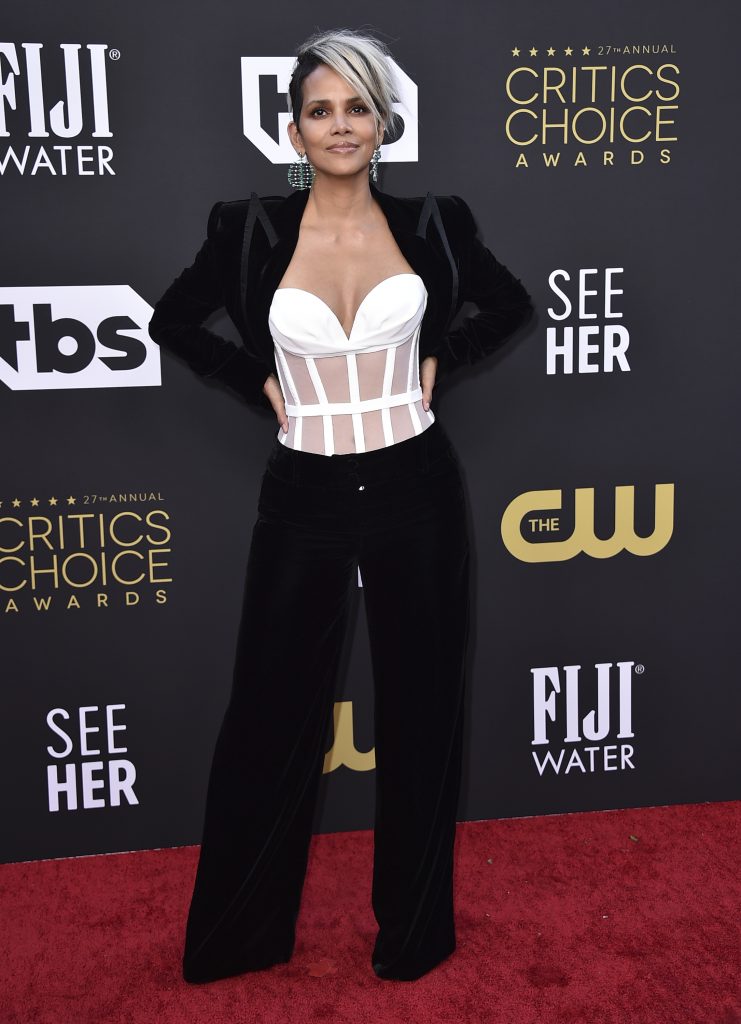 
Halle Berry made a statement at the Critics’ Choice Awards in a daring ensemble, with matching hair. The actress arrived on the red carpet with many stars, including Elle Fanning, Hoyeon Jung and Jodie Turner-Smith.

The “Bruised” star walked the red carpet in a black velvet Dolce and Gabbana suit, which featured a peaked lapel blazer and wide-leg pants. Creating a smooth appearance was a white corset top, which featured a structured bodice with sheer panels and a plunging neckline. Berry’s look was completed with rounded white, green and silver earrings.

However, one of Berry’s boldest statements actually came from her hair, which was cut in a pixie style with bold white highlights. The new look was strikingly similar to her iconic portrayal of Storm in the “X-Men” movie franchise. It’s also the one the actress apparently teased the day before, captioning an Instagram photo of flowing bangs and locks with “grilling review, next acts and reinventions!” and a flashing emoji.

As for shoes, Berry’s shoes were not visible under the long pants of her suits. However, it’s likely the actress wore a set of pointy-toe pumps or strappy sandals that coordinated with the neutral tones of her look. The styles are usually her go-to picks for red carpet events, like the premieres of “Bruised” and “Moonfall” in recent months.

The actress also brought a date to the red carpet: her boyfriend Van Hunt. The singer completed Berry’s look in a sharp white tuxedo jacket with black trim, along with a black shirt, pants and boots.

The Critics’ Choice Awards reward the best cinema and television images and performances of the year. This year’s event, hosted by Taye Diggs and Nicole Byer, will be broadcast from the Fairmont Century Plaza Hotel in Los Angeles. The main film categories are ‘West Side Story’ and ‘Belfast’, while the TV portion is led by ‘Succession’. The Critics Choice acting categories are led by stars from most nominated projects, including Lady Gaga, Kristen Stewart, Will Smith, Ariana DeBose, Kirsten Dunst and Andrew Garfield.