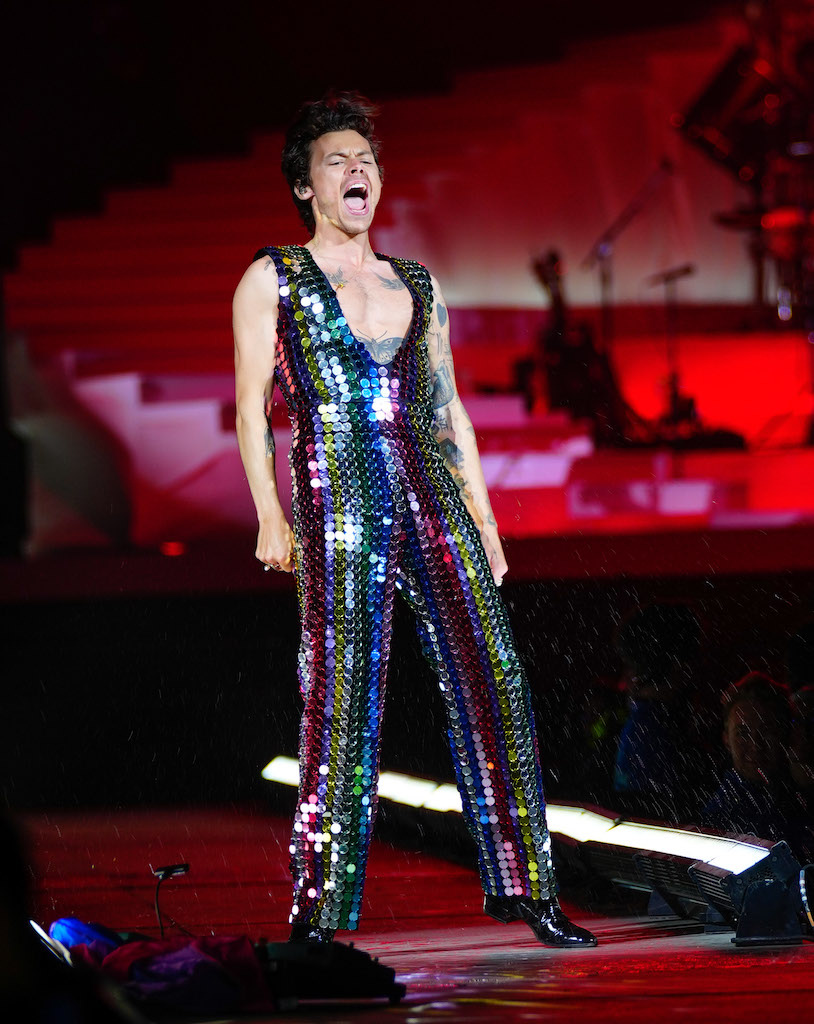 Lizzo joined Harry Styles on stage at Coachella Friday night in Indio, Calif., to help kick off the second weekend of the annual music festival in the California desert.

The dynamic duo, who performed Gloria Gaynor’s ‘I Will Survive’ and One Direction hit ‘What Makes You Beautiful’, both wore feather-embellished coats by Gucci, with Lizzo in an orange look and Styles in a pink version . The hitmakers also wore bright pink outfits with iridescent pants that shimmered as they sang amongst themselves and walked around the stage.

The “Watermelon Sugar” singer, 28, is likely sporting another Gucci look like he did for last weekend’s show when he pulled out Shania Twain to perform his hit “Man! I Feel Like A Girl. woman!” Styles, who starred in Gucci campaigns and attended the 2019 Met Gala with creative director Alessandro Michele, wore a sequin-covered jumpsuit with a black feathered coat and shiny black patent-leather boots.

This isn’t the first time Lizzo and Styles have taken the stage together. The award-winning pals performed Lizzo’s “Juice” in Miami Beach in 2020. Early Saturday morning, Lizzo, 33, took to Instagram to share a selfie they took together, writing, “Proud of you @harrystyles .Thanks for having me 🥺.”

Click through the gallery to see more incredible fashion statements from Styles over the years.