Independence Day: PM Modi opts for a saffron turban; all the times he chose unique headwear

As India celebrates 75th Independence Day today, Prime Minister Modi was seen participating in the celebrations at the Red Fort. For the event, he was seen in a traditional kurta and churidar which was paired with a blue colored jacket. Known for his unique headgear on such occasions, he opted for a saffron and cream turban that included a long tail. He further paired the jacket with a white scarf and used it as a mask to cover his face in light of the pandemic. Delhi | Prime Minister Narendra Modi concludes his address to the nation on the occasion of the 75th Independence Day at Red Fort pic.twitter.com/J7yX7x8Dvt

In the past too, the Prime Minister has always made a statement with the choice of his headgear. Last year, he donned a multi-colored turban when he was spotted giving his sixth Independence Day speech. In 2014 he was spotted bright red Jodhpuri bandhej turban. The following year, he opted for a turban with multicolored crossed lines. In 2016, he was seen in a tie-dye turban. Check out the pictures. 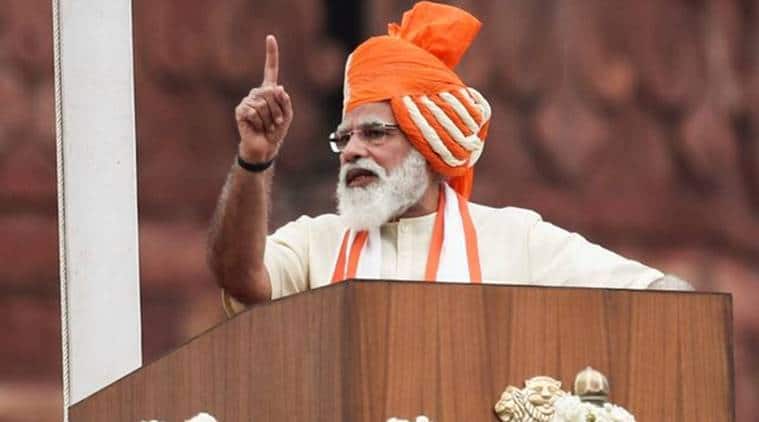 PM Modi on the occasion of the 74th Independence Day. (Source: Reuters) Narendra Modi carried on the tradition of wearing the turban on Independence Day. (Source: photo file)