Kajol Responds As Fan Asks When She Will Work With Shah Rukh Khan In Karan Johar Movie: ‘Bad Window’

Kajol recently hosted an Ask Me Anything session on Women’s Day on Instagram. The actor was asked a series of questions about women, including one about what she would like to teach her daughter Nysa about female empowerment.

However, there were a few questions that had nothing to do with celebrating women, but instead focused on her cousin and Bollywood star Rani Mukerji, and Kajol’s collaboration with Shah Rukh Khan and filmmaker Karan Johar. The trio has previously worked in films like Kabhi Khushi Kabhie Gham and Kuch Kuch Hota Hai. 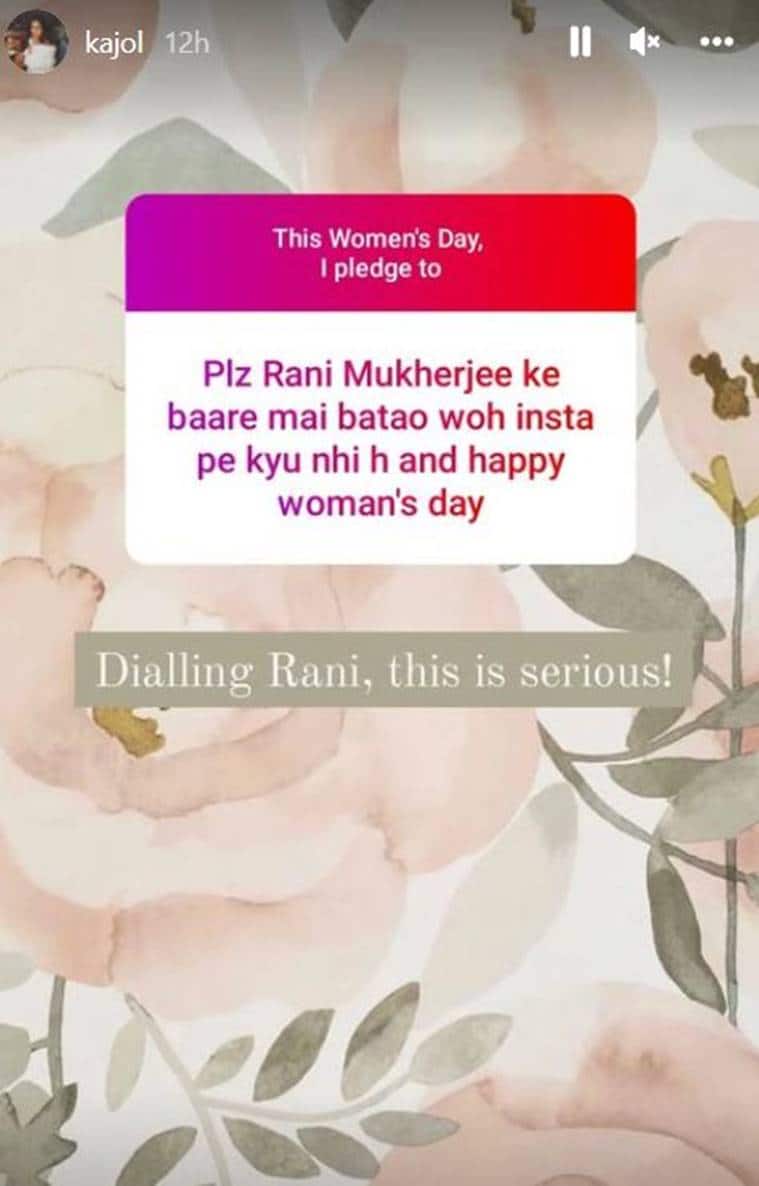 A screenshot of Kajol’s Insta story.

Later, another fan asked Kajol about when she would be seen again in a Karan Johar movie with Shah Rukh Khan. The actor said things like this are out of his hands at all and the person should contact KJo for the details as he is the filmmaker. “It’s Karan’s promise to take, wrong window, guys!” she wrote with a laughing emoji.

Work-wise, Kajol was last seen in the Netflix movie Tribhanga, which also starred Tanvi Azmi and Mithila Palkar in key roles. She is currently filming Salaam Venky by Revathi.