Ahead of the release of Bhool Bhulaiyaa 2, actors Kiara Advani and Kartik Aaryan gave a glimpse of their striking chemistry as they walked the ramp of designer Manish Malhotra during Lakme Fashion Week on Saturday. While Kiara wore a blingy silver lehenga choli, Kartik opted for a black Indo-Western costume for the show which featured Manish’s new collection, Nooraniyat.

From walking hand-in-hand to Kartik taking care of Kiara’s long, flowing skirt as she posed for the cameras, the cast showed comfort and camaraderie on the LFW stage. 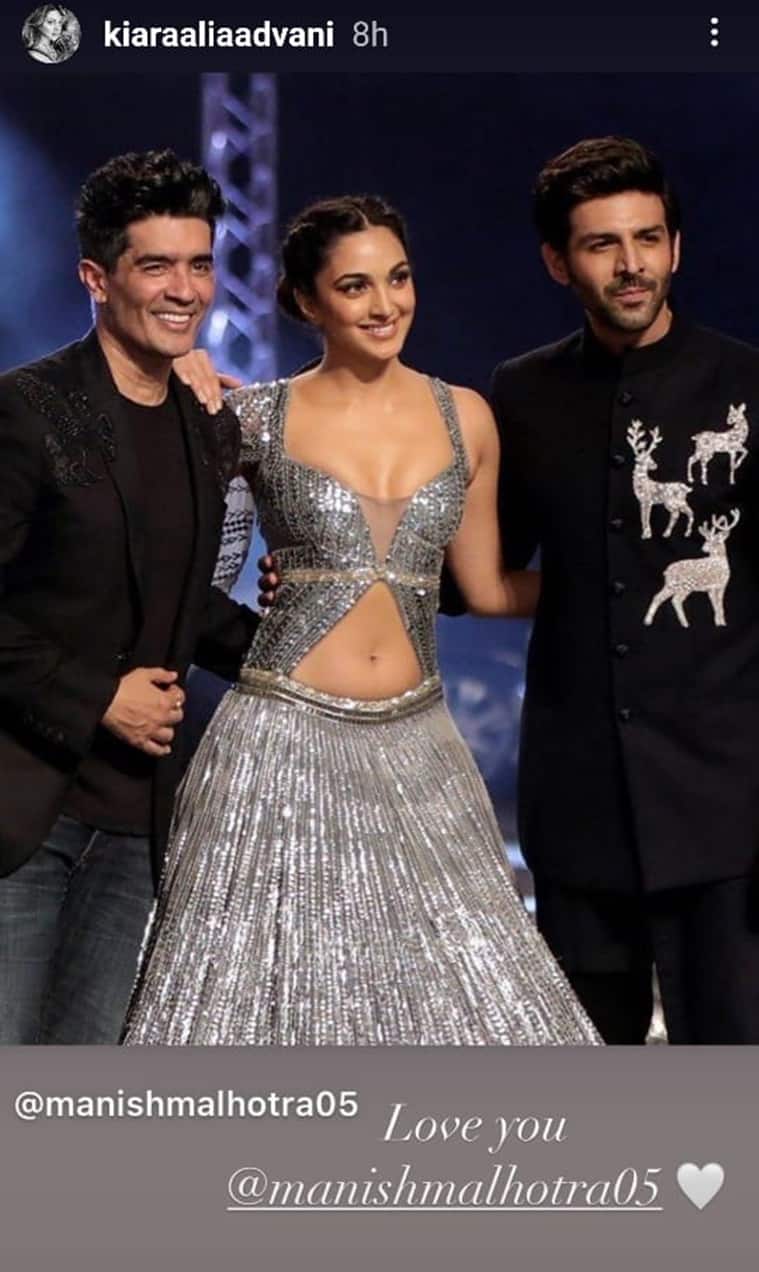 Kiara Advani and Kartik Aaryan walked the ramp for Manish Malhotra, who is one of Bollywood’s must-see designers. (Photo: Kiara Advani / Instagram) Kiara and Kartik are currently filming for the sequel to Akshay Kumar-Vidya Balan’s 2007 hit Bhool Bhulaiyaa. The film also stars Tabu. Directed by Anees Bazmee, Bhool Bhulaiyaa 2 will arrive in theaters on November 19. Besides these two stars, another actor who dazzled the LFW red carpet was Hina Khan, who was one of the guests of the Manish Malhotra show.

Dressed in a pastel lehenga from the designer’s latest collection, Hina was nothing short of a showstopper. The actor took to Instagram to post two photos with the creator, congratulating him on his show. “What a spectacular show … Thanks for inviting me @ manishmalhotra05. Wearing this beautiful outfit from her new collection ‘NOORANIYAT’ by @ manishmalhotra05Hina wrote, captioning the photos. Actors Karan Tacker, Shreya Chadhry and Pearl Puri were among the other participants in the Ace Creator’s show.