Mira Rajput reveals a moment from their vacation when Shahid Kapoor ‘freaked out’, takes us to their new home

Shahid Kapoor’s wife, Mira Rajput, shared “cute, weird and everything” moments with her fans. The photos feature Shahid Kapoor and showcase the photography skills of their daughter Misha Kapoor and son Zain Kapoor. One of the first photos on her Instagram Stories is of their visit to the airport, which happened after the first lockdown ended. Mira shared a photo of a billboard at the airport that featured her with Shahid. She explained how upset Zain and Misha were to see their parents on it. “We were traveling for our first family vacation after the pandemic, and the kids couldn’t believe it. We were so overwhelmed,” she wrote in the photo.

What followed next was a peek inside Mira’s closet, some outfits, and some great photos. And in the midst of it all, she shared a moment that scared Shahid Kapoor. Mira shared a video in which she is seen swimming in the ocean. As the video shows her enjoying the water, Mira revealed, “Shahid was freaking out.” 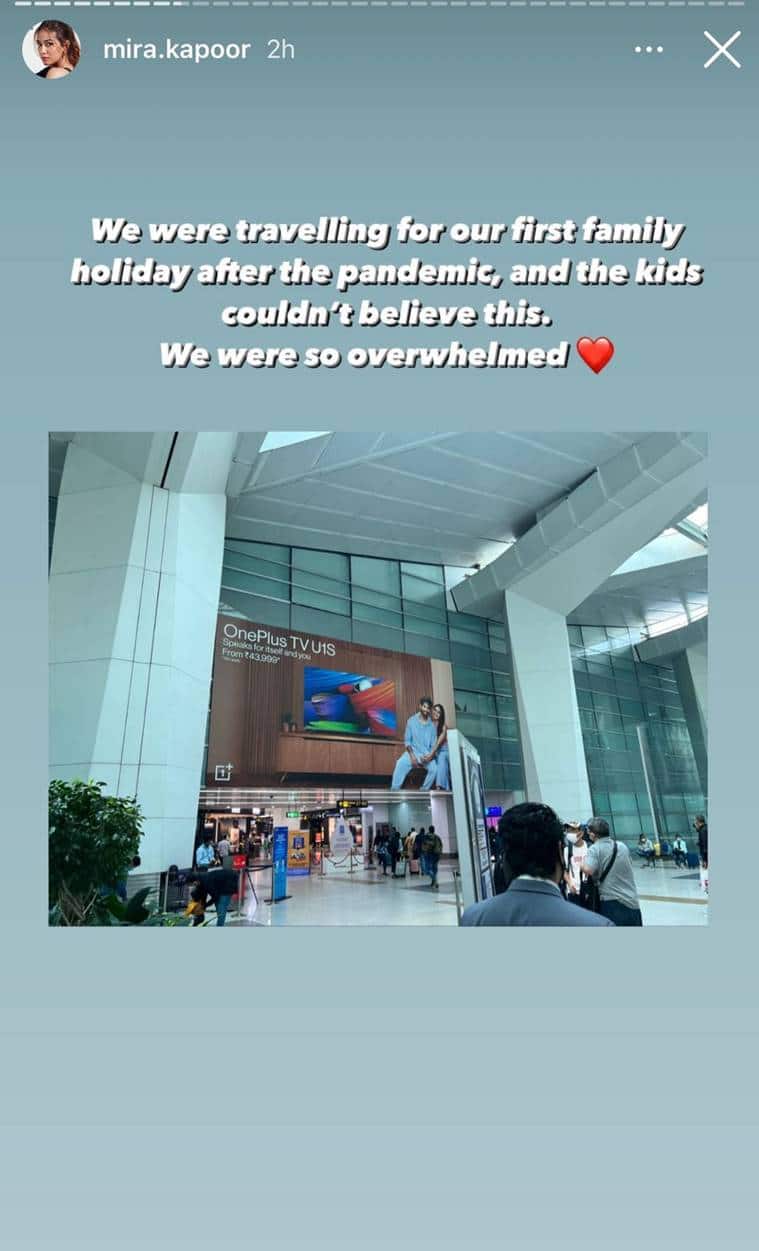 Mira Rajput shared some of the photos on her Instagram stories. (Photo: Mira Rajput/Instagram) 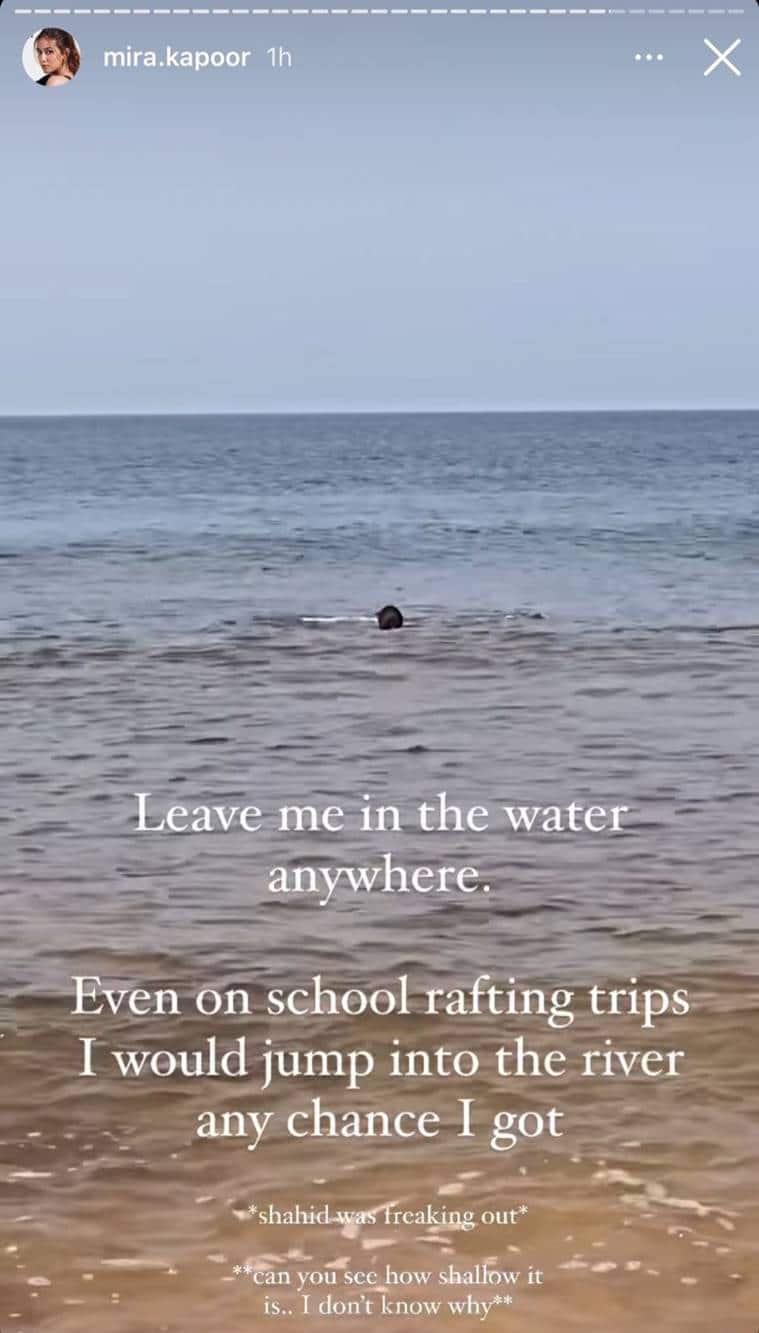 Mira spoke of a moment that left Shahid “freaked out”. (Photo: Mira Rajput/Instagram)

“Leave me in the water anywhere. Even on school rafting trips, I jumped into the river at every opportunity,” she revealed of herself, adding postscripts that read, “Shahid was freaking out. Can you see how superficial it is… I don’t know why.

Mira also shared a stunning photo clicked by her daughter Misha, which was the “first photo of 2021”. Later, she shared photos taken by her son Zain. Mira also revealed that she is one of those people who work out during the holidays. And last but not least, Mira gave a glimpse of her new home. She shared a selfie of herself with Shahid and wrote, “Visiting the new house site for our anniversary.” The couple have yet to move into their new apartment. A photo of Misha and his grandfather. (Photo: Mira Rajput/Instagram) Mira and Shahid’s son, Zain, is also a photographer, and this photo is proof of that. (Photo: Mira Rajput/Instagram) Mira and Shahid got married in 2015. They are blessed with a daughter and a son named Misha and Zain respectively. On the work side, Shahid is awaiting the release of Jersey, a Hindi remake of the Telugu film of the same name. The film was supposed to be released on December 31, but it was postponed due to the increase in Covid-19 cases. Shahid is also filming for Raj and DK’s project with Vijay Sethupathi and Raashi Khanna. Currently, he is working on his next one with Ali Abbas Zafar. Mira, on the other hand, is a social media influencer who recently launched her YouTube channel.