Neeraj Pandey recalls how the Special OPS palisades were removed, his reaction to One Thursday being called the sequel to One Wednesday

Neeraj Pandey refuses to take credit for the hit thrillers he delivered at the box office. “The greatest epics are not thrillers. So it doesn’t depend on any genre,” he said.

A look at its directors like A Wednesday, Special 26, Baby and Rustom shows that most of its storylines have thrust an ordinary man or ordinary people into the middle of the action, resulting in unexpected turns. Speaking to indianexpress.com, the filmmaker said the goal was never to set a trend.

“The story like One Wednesday has already happened. So to say that we started a trend would be wrong. Every year we have a movie that kind of talks about a generational thing through the eyes of an ordinary man or woman. It’s just about picking up the slack, not starting something unprecedented.

Neeraj dabbled in digital media with Special OPS and Special Ops 1.5: The Himmat Story. Recalling how Special OPS initially had to struggle to find an audience due to the Covid-19 outbreak, he said the web show only survived through word of mouth. 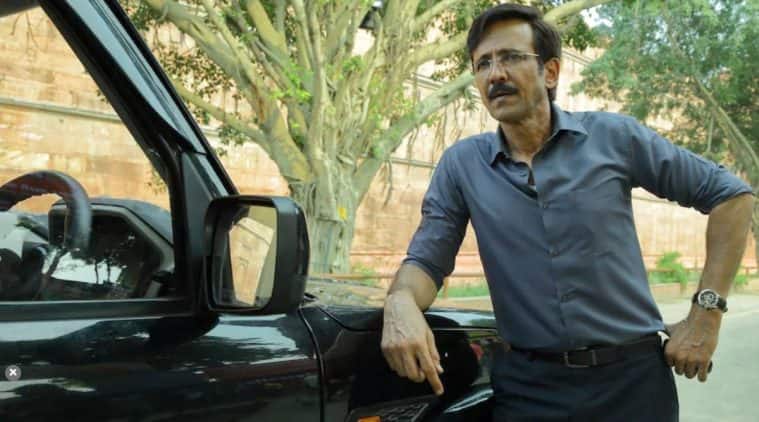 “There was no marketing or advertising for Special OPS. So when the first lockdown happened, our whole team had no idea how it would be received. There was no outside and all our press meetings were cancelled. The MCD had removed all the billboards to put up Covid awareness posters. We only had the trailer and a little mention here and there on the social networks”, Neeraj share.

He said the public ultimately loved it and the word of mouth that followed was “the greatest endorsement that could ever come to any product”.

While many of his projects revolve around undercover agents, spies and national threats, researching different subjects is his priority. “A natural magnet is that you’re always looking for something that hasn’t been done,” he said. But does that put him under any pressure? “I wouldn’t call it pressure,” he said, adding that it’s more like “interesting and challenging times.” According to him, while the ecosystem encourages filmmakers to make careful decisions about choosing a story, they also have to up their game every time. “And if everyone raises the bar, that’s a good thing, the audience is going to enjoy it,” Neeraj said.

“I just expect that we will continue to have opportunities to make films. As long as our film gives us the answer that opens another door to pursue another project, I’m happy. Its longevity is never to end. horizon. It gives you confidence once your project has been respected by the public,” he added.

So how does he make sure that the audience feels satisfied and satisfied with the way his thrillers or his stories are going? On a thoughtful note, he shared that “you can’t pick a thread of your mind and then go about your business.” Instead, he called it a complex process. “What triggers at that moment in the story, a situation where you want to rally around a character and give relief to the audience, is a function of that moment. It’s a combination of various factors that come together. Your work as a storyteller is to tell a particular story, so you will make it as compelling as possible.

Neeraj, who also directed MS Dhoni: the untold story, had the best collaboration with Akshay Kumar. A 10-minute fight sequence in Baby also turned things around for Taapsee Pannu, with whom he later directed the prequel Naam Shabana. Praising their working relationship, Neeraj said it was all collaborative. “All of these guys were equally eager to dive into whatever we were trying. And they gave it their all. They believed in our vision,”

And how did he react when many called the recent release A Thursday, starring Yami Gautam, a sequel to his film A Wednesday? “I was getting congratulatory calls for a movie I had nothing to do with,” he laughed.

Neeraj Pandey, who recently rolled into the bank Operation Romeohas Saif Ali Khan and Hrithik Roshan with Vikram Vedha as its next production.