Neetu Kapoor might not often share the details of her OOTD on social media, but whenever she does, the internet is inevitable. The looks of the actor are always distinguished by simplicity and elegance. And it was no different this time around as she was spotted in an ensemble by designer duo Abu Jani Sandeep Khosla.

The veteran actor was seen in a blue kurta ensemble that featured intricate fine resham embroidery and dotted sequins. This was paired with a chiffon dupatta with silk frill at the hem.

Check out the images here. 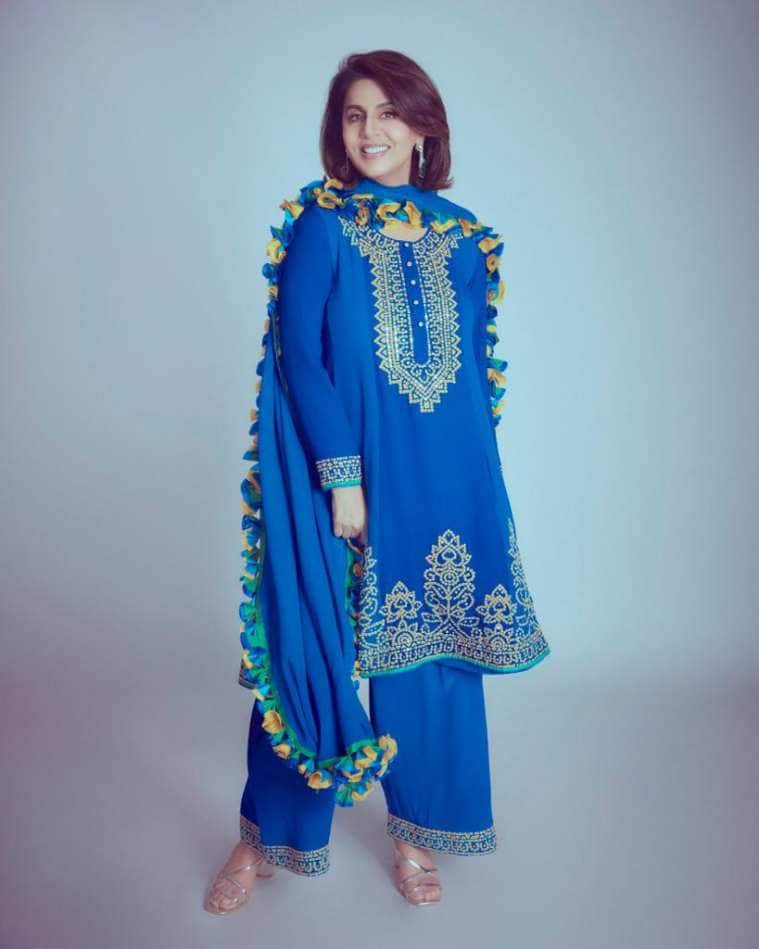 The dupatta had a silk frill sewn to the hem. (Source: public relations document)

In the past, too, she has been seen in the designer duo’s sets. By assisting Indian Idol 12, the actor had opted for an Anarkali kurta and churidar ensemble featuring an ajrak print, which is more commonly found in Gujarat and Rajasthan.

Sharing photos, the designer noted, “A wonderful patchwork of hand prints forms architectural minarets on the hem and yoke of the multikali,” on their official Instagram page.

In both cases, the look remained understated, letting the outfits do the talking. Her hairstyle and minimal accessories worked in her favor.