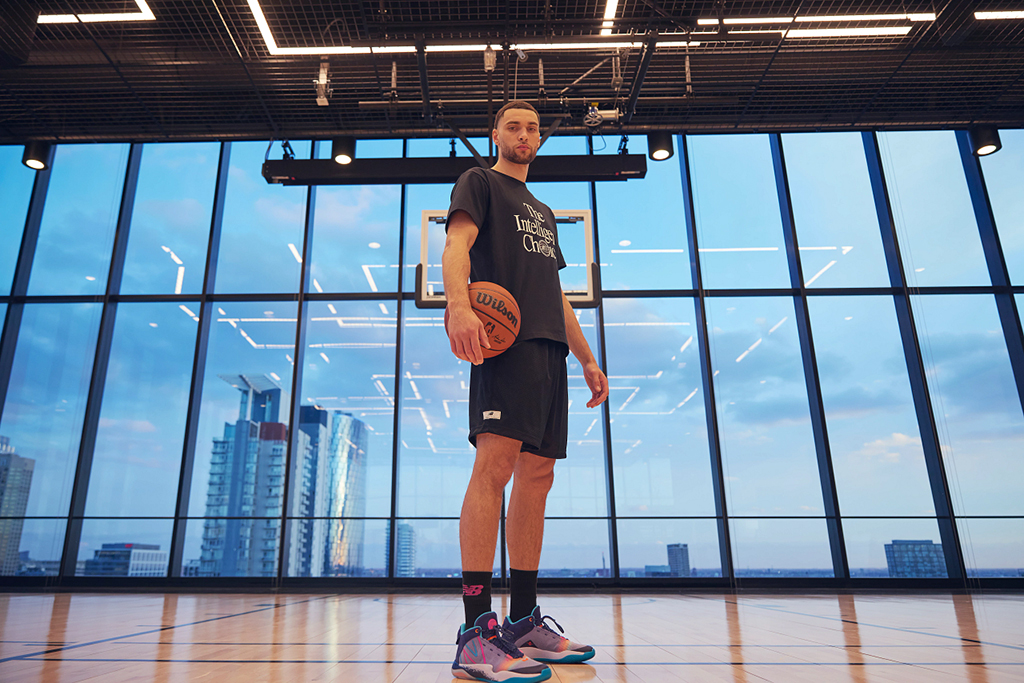 Today, the Boston-based athletic giant announced that it has signed LaVine, a two-time NBA All-Star and Chicago Bulls guard.

“New Balance is a brand that invests in me not only as a player but as an individual. I wanted to partner with a company that is equally passionate about supporting my interests beyond the court,” LaVine said in a statement. “New Balance’s creativity is making waves through the hoops and I’m thrilled to join a roster of athletes who aren’t afraid to approach the game in their own way.”

“Zach is a global star who has never been afraid to work hard, on and off the court,” Naveen Lokesh, head of basketball marketing at New Balance, said in a statement. “Together, New Balance and Zach will seek to change the game and inspire the next generation of gamers.”

LaVine’s signing comes a month after New Balance added another high profile celebrity to its roster of ambassadors in rap megastar Jack Harlow. In February, the brand said in a statement that Harlow will appear in its main marketing campaigns and will also play a role in its connection to basketball culture.