Prachi Desai explains why she took a break from Bollywood and TV: ‘It’s important for me to reinvent’

Actor Prachi Desai has taken considerable breaks from his screen appearances. The actor, who became one of the first actresses to have a successful career in television as well as Bollywood, rose to fame with films like Rock On (2008) and Once Upon A Time In Mumbaai (2010) , among other things, now talked about what drove her to participate in these mini-sabbaticals.

Prachi said, “In particular, I don’t have checkboxes for every role. Since I started working so young, it was important at one point for me to realize that there was some kind of reinvention needed, because becoming repetitive is something I wouldn’t like.

The Kasam Se actor said that she “had embarked on a quest for new roles and new scripts” when she was finally offered Silence… Can you hear it? a murder mystery, which sees her playing a cop.

“There was a phase in my career where I felt the need to reinvent myself. Plus, it came from the belief that I could do something else and not just stick to what I do year after year. I started looking for new roles, but it took a while for something like Silence… to come my way, ”said the 32-year-old.

She said that if you needed to jumpstart their careers, they didn’t need a magnum opus. According to her, “It doesn’t have to be a magnum opus to realize you need a change in your career, but even simple characters can make that change.”

The Azhar actor was kicked out for being aboard Silence… Can You Here It ?, which stars Manoj Bajpayee in the lead role.

The actor, who calls himself a jerk for thrillers, joked, “It’s the kind of role I’ve been waiting for. When this movie came to me, Aban Deohans (director) told me that she wanted me to play a cop. When I started reading the script, I knew I had to do it. I’ve always wanted to work with a director and how could I miss the opportunity to work with Manoj Bajpayee? So, for me, it’s a perfect start to OTT.

The film, which will air on ZEE5, will also star Arjun Mathur as the antagonist. The actor, who is not new to the thriller genre, explained how his role is different from what he has done before. The Made In Heaven actor also said he believes the directors “brought out the best in me.”

“I particularly like working with women directors. Even though this particular genre doesn’t require the feminine gaze as such, I think the directors brought out the best in me. There is a certain sensitivity and nuance that I think they know better how to capture. Of course, I never had the chance to work with Manoj sir. He takes responsibility for keeping the atmosphere light. He really stood out for me, ”the actor said. 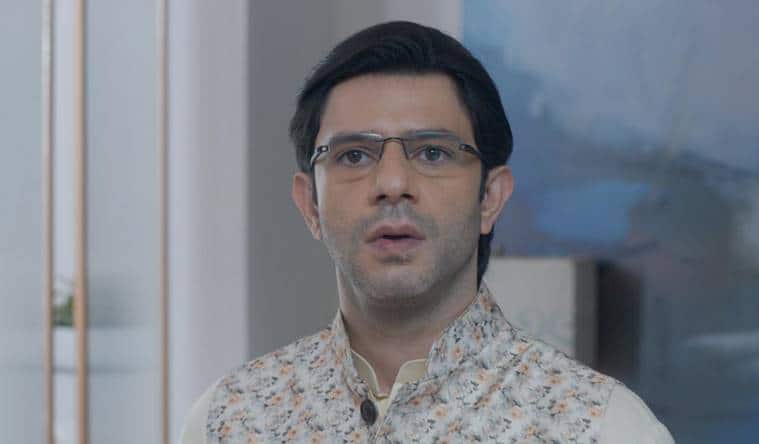 Arjun Mathur plays the antagonist in Silence… Can you hear him? (Photo: Document PR)

Silence… Can you hear it? is yet another movie released on an OTT platform. Regarding the digital space, Manoj Bajpayee said, “The OTT platform is like an ocean.”

He stressed that the platform “is a treasure where everyone will find something for themselves”. He added that “nothing average works on OTT”. In conclusion, Bajpayee also recounted a funny incident that happened when he was filming Aks with Amitabh Bachchan. When asked what silence affected the star Satya, Manoj replied, “I was most touched by the silence of Amitabh Bachchan. I was shooting for Aks with him. He asked me “how was the shot”. I said, “We should do one more.” He looked at me and continued to stare at me for a while. And I thought I had committed the greatest crime of my life. He said, ‘Ok, what was wrong with this one?’ I said, “We can do another move.” He stared at him again. So you feel completely rejected. It can actually make you pass 1000 emotions in silence.

Silence… Can you hear it? will air on ZEE5 from March 26.