Shefali Shah says she turned down Kapoor and Sons and Neerja, talks about iconic Dil Dhadakne Do scene


Actress Shefali Shah, known for her work in films like Dil Dhadakne Do and the Delhi Crime web series, took to her Instagram account to chat with her fans and hosted an AMA session. Shefali has answered many questions about her favorite roles, the roles she’s missed, and the biopic she’d like to do.

When a fan asked her about her favorite role she has played so far. Shefali mentioned “Vartika and Tara”. She played Vartika in the Netflix Delhi Crime series. Vartika Chaturvedi was based on Chhaya Sharma, who led the Nirbhaya investigation. Shefali played Tara on Once Again, where she starred alongside Neeraj Kabi. Tara turned out to be a restaurateur who starts delivering food to a movie star and the two gradually fall in love.

Another fan asked Shefali how she performed this memorable scene from Dil Dhadakne Do, where her character gorges herself on a cake as tears roll down her face. To this Shefali said, “Feel it, don’t act.” 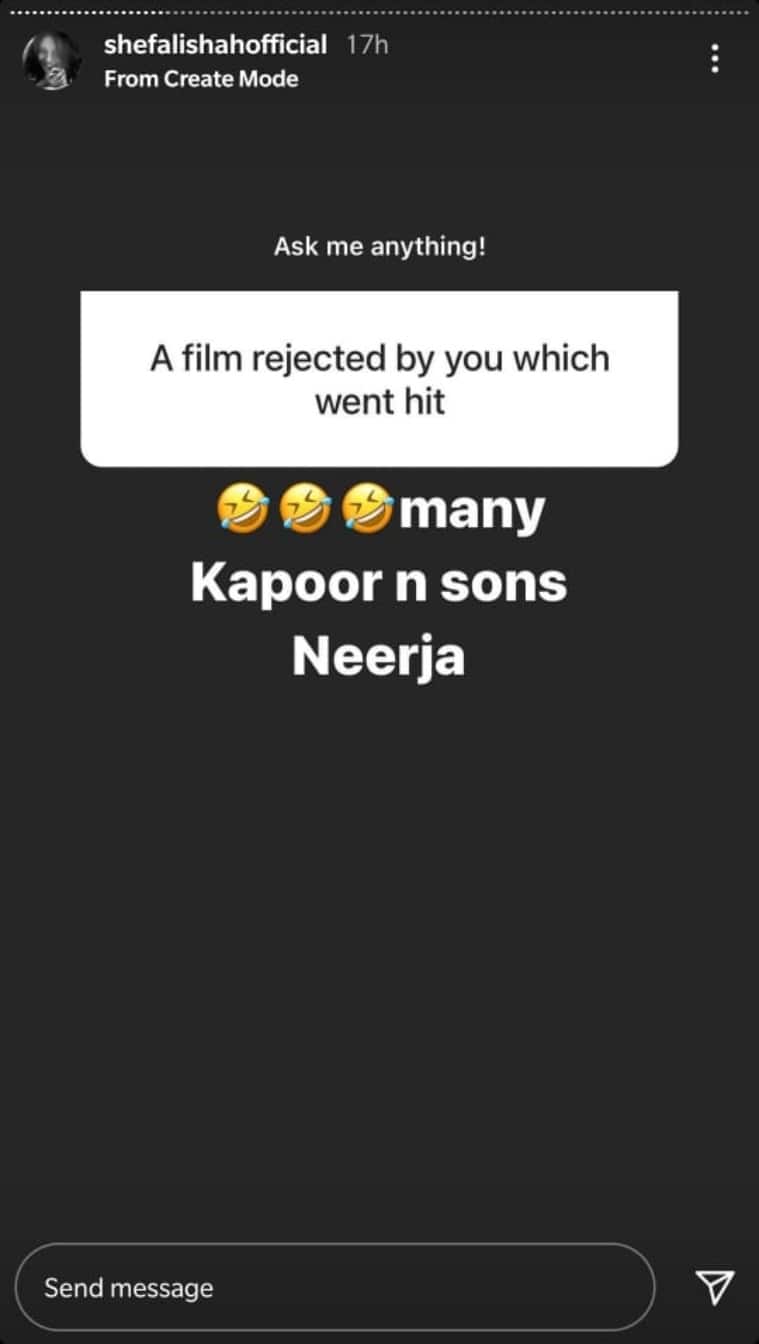 Shefali Shah has shared roles she has rejected in the past. (Photo: Shefali Shah / Instagram)

When a fan asked her about a biopic she’d like to do. Shah shared the name of the writer Amrita Pritam.

Speaking of his favorite TV shows, Shah listed a few including Delhi Crime, When They See Us, Chernobyl, Narcos and Broadchurch.