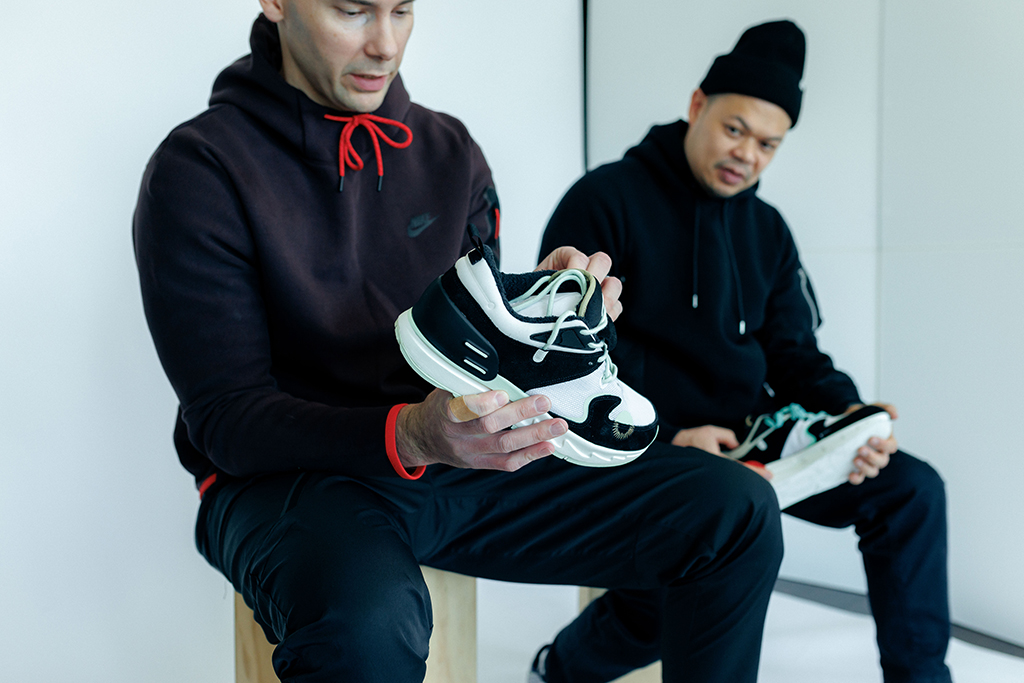 The sneaker community, which was founded by Dejan Pralica and Justin Dusanj in 2018, today announced that it will release a limited-edition, NFT custom sneaker on April 18 dubbed the SS4. According to SoleSavy, owners of the SS4 will enjoy perks that include access to its future NFT releases, sneaker releases, members-only events and more.

“We are truly excited to introduce the SS4 sneaker and the NFT, unlocking the next level of consumer experiences both in the real world and in the metaverse,” Pralica, who also serves as CEO, said in a statement. “The SS4 will allow SoleSavy to create a new consumer journey that doesn’t stop at the point of sale, extending our mission to serve the most loyal sneaker enthusiasts.”

SoleSavy said the SS4 — which will have the ability to unlock virtual and physical experiences — took nine months to design, was conceptualized through Zoom, and was manufactured at Garrixon Studios in Philadelphia.

The SS4, according to SoleSavy, was designed for the everyday sneakerhead and was created with easy wear, style, comfort and wearable colors in mind. The sneaker features design elements such as a glow-in-the-dark sole, subtle SoleSavy branding, and premium packaging.

SoleSavy has confirmed that it will release 2,018 SS4 NFTs and 2,018 physical sneakers to the public, not including members – a nod to the company’s inception. Additionally, all 7,000 SoleSavy members will have access. SoleSavy said a maximum of three NFTs can be minted per wallet, and all SS4 NFTs are minted on the Ethereum Blockchain. Pricing is set at $300 for the public, $250 for SoleSavy members, and the company has confirmed it won’t make a net profit.

Since its debut in 2018, SoleSavy has been a headline mainstay, including when it announced in June 2021 that it had raised $12.5 million in Series A funding, led by Bedrock Capital and joined by several investors. notables.

The company has also tapped renowned industry talent over its four years to lead the way, including FN cover star Anna Bediones as director of women’s strategy and Mitchell Holder as Senior Vice President of Marketing in March 2021, and Marco Henry Negrete as Vice President of Content and Communications. the preceding month.