In one nod to the war in UkraineStella McCartney closed her eponymous label’s winter fashion show to the music of John Lennon’s anti-war ballad “Give Peace a Chance.”

Mannequins rolled up in glazed corridors at the top of the Center Pompidou, parading with elegance, bohemian-style dresses with pockets and slit balloon sleeves while the rhythmic music played, with a breathtaking view of Paris in the background.

“I believe very strongly in peace and love and obviously using John’s song, who was my dad’s best friend…it just shows for me, it’s a personal song that reflects the thoughts of the world whole, I hope, right now,” McCartney told reporters. after the show, referencing her father, Paul McCartney. 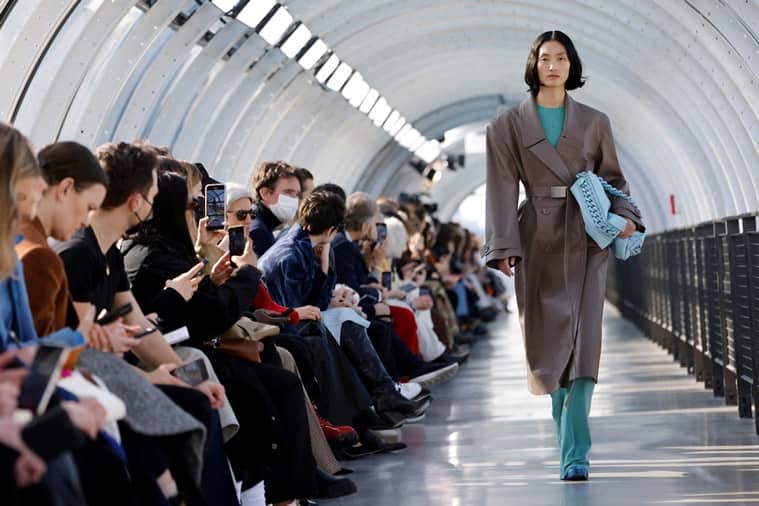 Some fashion designers have spoken publicly about their struggle to find the your just for their shows and making the decision to continue Paris Fashion Week events as the world focuses on the Ukraine crisis.

The French capital is hosting the latest series of industry fairs which have also taken place in New York, London and Milan, and end on March 8.

In Milan, Georgio Armani acknowledged the crisis by cutting the music of his parade. In Paris, Balenciaga creative director Demna Gvasalia spoke about his experience as a refugee from Georgia and presented guests with T-shirts with the Ukrainian flag, while Isabel Marant bowed for the runway show her mark by wearing a blue and yellow top.

“Obviously I’m anti-war… My heart goes out to the people of Ukraine tremendously and it’s heartbreaking, it’s a traumatic experience to go through, so one can only imagine what these poor people are going through,” said McCartney.

Its brand is part of the luxury group LVMH, which, along with Hermès, Kering, owner of Gucci, and Chanel, announced on Friday a suspension of its operations in Russia.