Kangana Ranaut, who recently won her fourth national award, released the trailer for her upcoming film Thalaivi with aplomb on March 23 – which was also the Panga the actor’s birthday. The film, directed by AL Vijay, is based on the life of late actor and politician J Jayalalithaa, and Kangana will be seen trying out the lead role.

That day, she was seen in two different saree looks. Although she looked lovely in both, it was the second look that caught our attention. The Queen the actor was seen in a gorgeous kanchivaram saree from the Madhurya label, which specializes in hand weaving and heirloom sarees. Styled by Ami Patel, the look was both timeless and incredibly elegant.

The rust-colored saree featured intricate work on the thick edging and was paired with a contrasting black blouse that matched the edging. The look was accessorized with a necklace and earrings from Kishandas & Co, and was pulled up with the hair tied back in a neat bun decorated with flowers.

In keeping with the traditional look, it has been completed with a black bindi and winged eyeliner.

In case you have already seen one, let us assure you that you are not the only one. Kangana’s look seemed to be directly inspired by Rekha’s fashion outings. The veteran actor’s love for sarees is well known. Here are some pictures of her sari look. 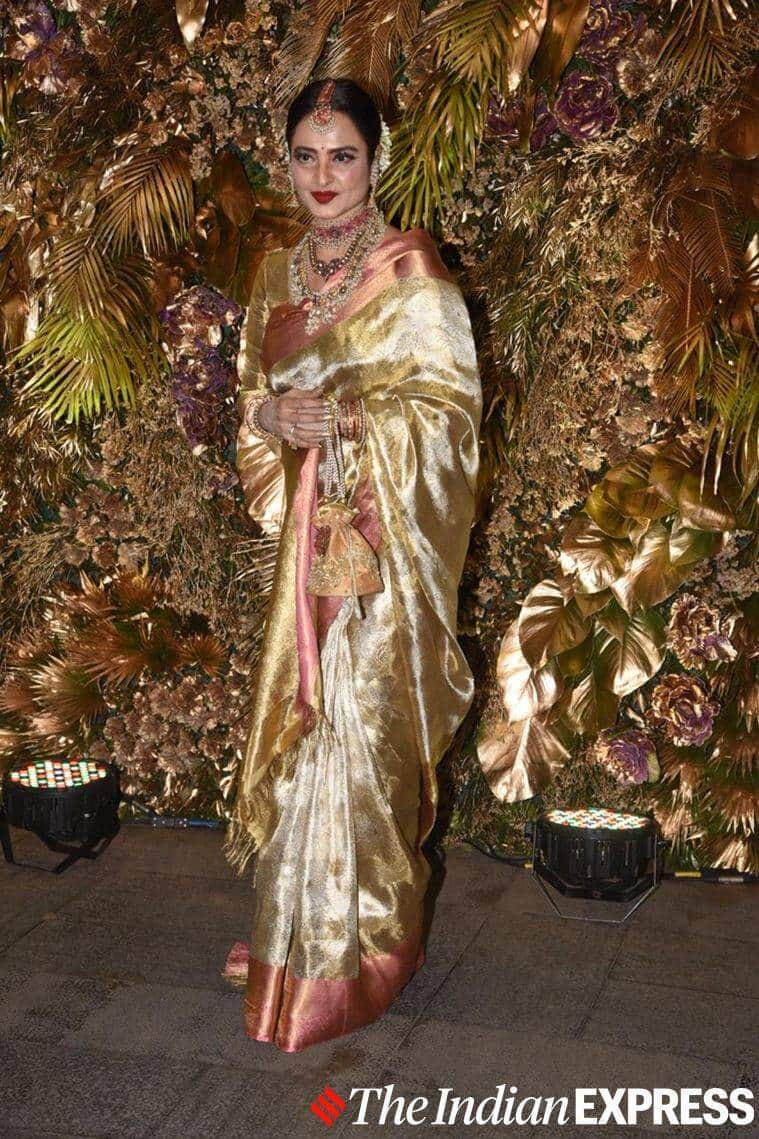 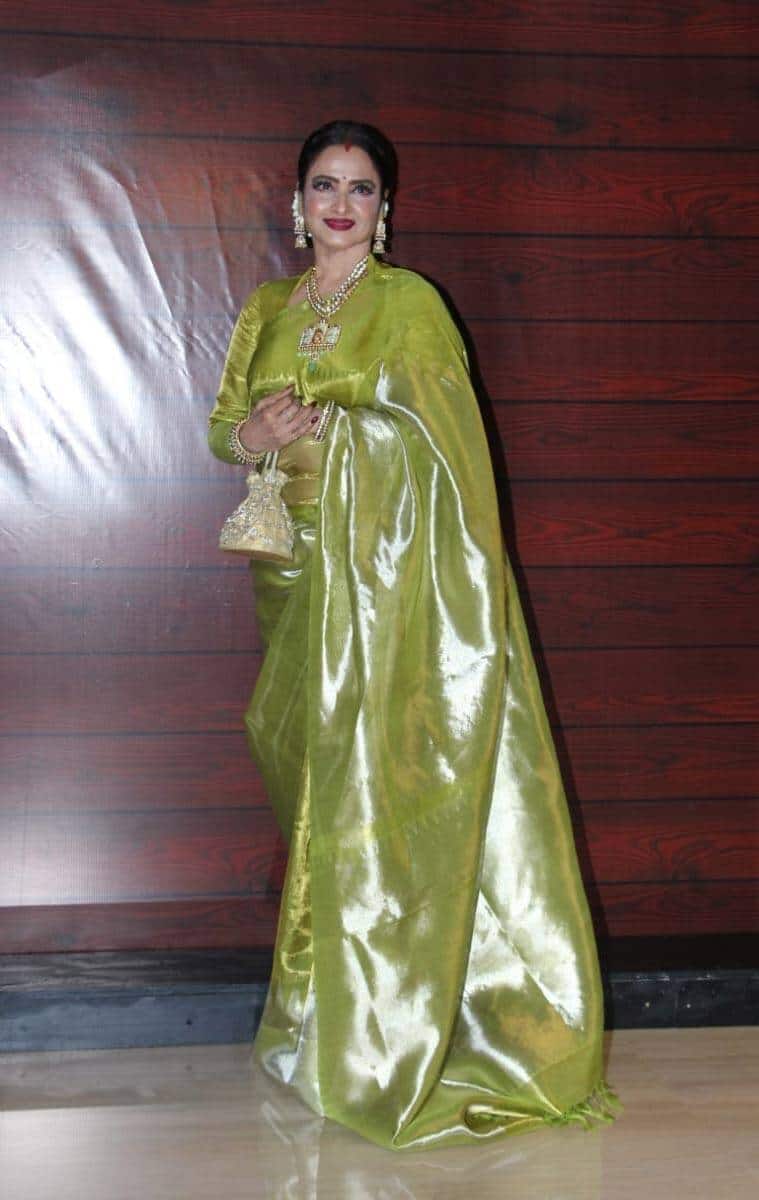