IAS officers Tina Dabi and Pradeep K Gawande are now married. The couple celebrated their intimate wedding with close friends and family in attendance earlier this week, and photos from their pre and post wedding ceremonies are now being shared on social media.

Tina, who is the very first girl from the Dalit community to pass the UPSC exam, shared a photo on Twitter as she posed with her husband. Reports suggest she deleted her Instagram account before the wedding.

The bride looked divine in a white silk sari with a golden border. She wore minimal accessories, pairing the look with a solid gold chain, her hair tied in a neat bun and decorated with flowers. She also wore several white bracelets on her Mehndi– ornate cuffs.

Tina, who wore light makeup with just heavy lipstick, was joined by her hubby, who complimented her all-white look in a white kurta-pajama ensemble.

The bride’s sister, Ria Dabi, shared more photos from the pre-wedding activities, in which the couple shone in ethnic fashion.

While Tina wore a pink Sharara set with brocade and an embroidered border, Pradeep matched it in an emerald green bandh gala jacket and kurtasand a white pyjamas Position.

Check out some of these other looks.

Last month, the couple announced their engagement. Tina wrote in an Instagram caption of them holding hands, “I wear the smile you gave me #fiancé.” 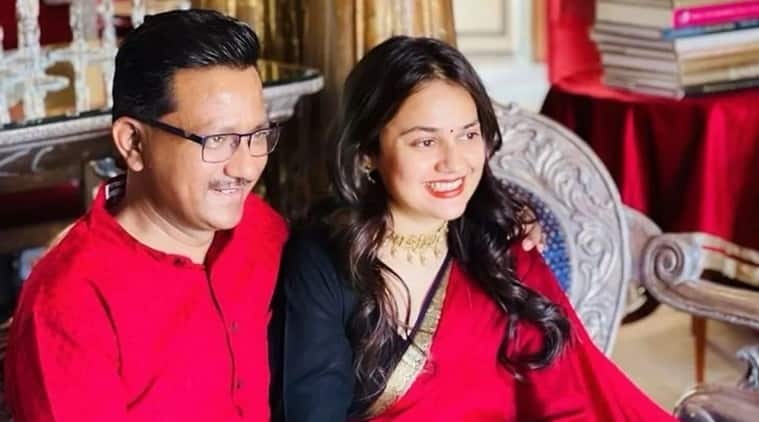 Tina was previously married to Athar Aamir Khanwho finished second in the UPSC exam in 2016, the same year as her.