What do women need now?


The Fall 2022 ready-to-wear shows ended on International Women’s Day; a helpful reminder, really, of what it’s ultimately about. Even considering everything that’s going on. Perhaps especially given all that is going on.

Still, it was a strangely non-committal season. It’s easy to chalk this up to geopolitics, and the crisis and trauma that hit just as the blackout mandates were being lifted, hammering away at any budding sense of freedom. But aside from a few notable outliers — the Bottega Veneta reset, Rick Owens’ alien priestesses, Balenciaga’s unwavering storm — the momentum that characterized fashion last fall was missing. So has much of the conversation about inclusivity.

Catwalks can be vastly diverse with respect to race and gender (indeed, even calling these “women’s shows” is specious, as increasingly gender binaries no longer apply to fashion, and catwalks unisex or flowing clothing is the norm), but with respect to height, age, and ability, except for a few token appearances, the bodies on display were uniformly lean and tall (male and female); unlined faces.

What do women need now? Not that.

The biggest trends were opera gloves and extra long sleeves (hiding hands seems to be a theme), thigh high boots, backpacks and big shoulders, and statements about peace and love. The 1990s and 2000s were still recycled. There were often Beatles songs on the soundtracks. The most excitement was generated by Rihanna’s stomach.

It’s as if progress of all kinds has been frozen.

Even Miu Miu, where last season Miuccia Prada managed to encapsulate both the tensions around returning to the office and Britney’s late ’90s revisionism with a cropped sweater and low-rise mini set that became a viral hit (and ended up on more magazine covers than any other unique outfit), this season featured… more of the same. 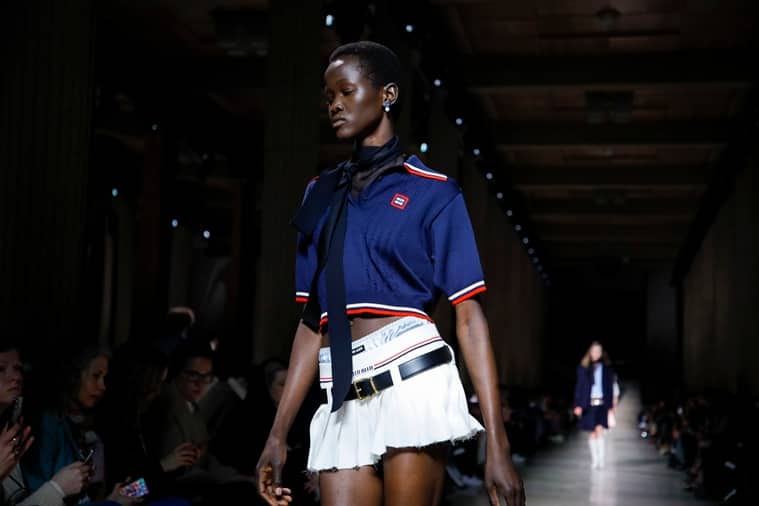 Although with a sporty rather than white-collar vibe, cropped polo shirts in white or navy blue came over tiny pleated tennis skirts – often worn so low on the hips that the pastel silk waistband of some undergarments from the Miu Miu brand has taken a look, a lingerie version of the often exposed tight whites. Think “Euphoria” goes to the country club.

It worked so well the first time that you can understand the temptation to continue the story. And Prada included guys this time, in the same clothes as the girls, not to mention very cropped tweed shorts, paired with very large tweed blazers, as well as biker leathers and cropped motorcycle jackets. Also evening dresses in transparent gold lace or woven crystal, through which, again, the silk underwear was visible. (Could there be a brand new brand extension coming soon?) The point being, she said in an email, that “femininity” is simply “a state of mind, free from gender binaries and expressed by embracing a range of different identities.”

Anyone can wear a cropped top and bottom! Although on the trail, all of these people were still quite young and skinny.

The tweed which, despite all its variations and chanelisms, still managed to look mostly matronly; stuck in the mud by the River Tay. 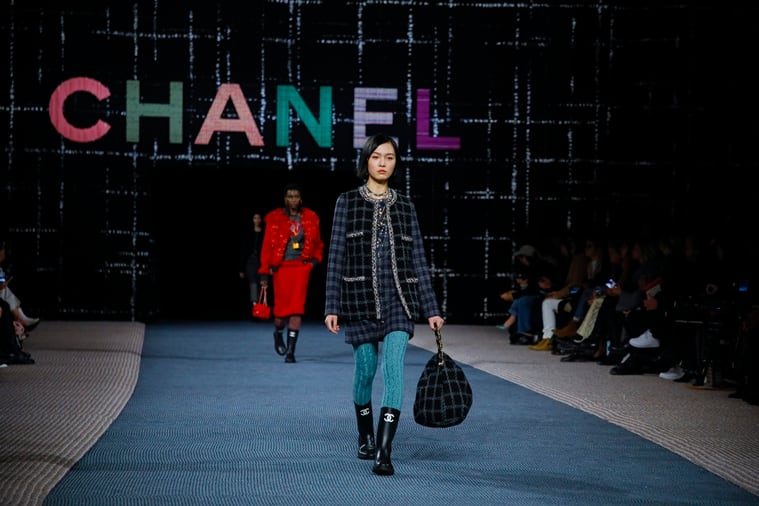 That’s why Comme des Garçons’ video of Rei Kawakubo, who showed her collection remotely from Japan due to COVID protocols, was so striking.

Titled “Black Rose”, which Kawakubo said in a statement represented “courage, resistance and freedom”, it began with a light in total darkness and the accents of the Irish resistance song “Róisín Dubh”. .

A woman emerged in a black single-breasted jacket over a bulbous skirt with the midsection cut out to reveal the innards of rough gray-spotted insulating material that swayed as she walked. The same fabric overflowing with a long black cutaway, visible and split seams; has been transformed into an abstract bolero atop black cobweb lace; and spliced ​​with zebra stripes, old damask and brocade.

Later, a grayish fabric that looked like an abandoned honeycomb was molded into a short, rounded jacket and court skirt. There was tulle the color and shape of storm clouds, suggestions of corsetry and crinolines. On top of their heads, the models wore towering patchwork confections, by set designer and artist Gary Card, like fall crowns. They looked like ghosts of past beauty.

It was beautiful and haunting: a hymn to loss and proof that grace can be wrought from the detritus that remains.

Another useful reminder, in the future.