Karan Johar took to Instagram stories to welcome Sayami to DCA. Sharing photos of the actor from Choked, he wrote: “Congratulations @sayami, all of us at @dcatalent and @dharmamovies are excited to do a lot more great things with you !!” 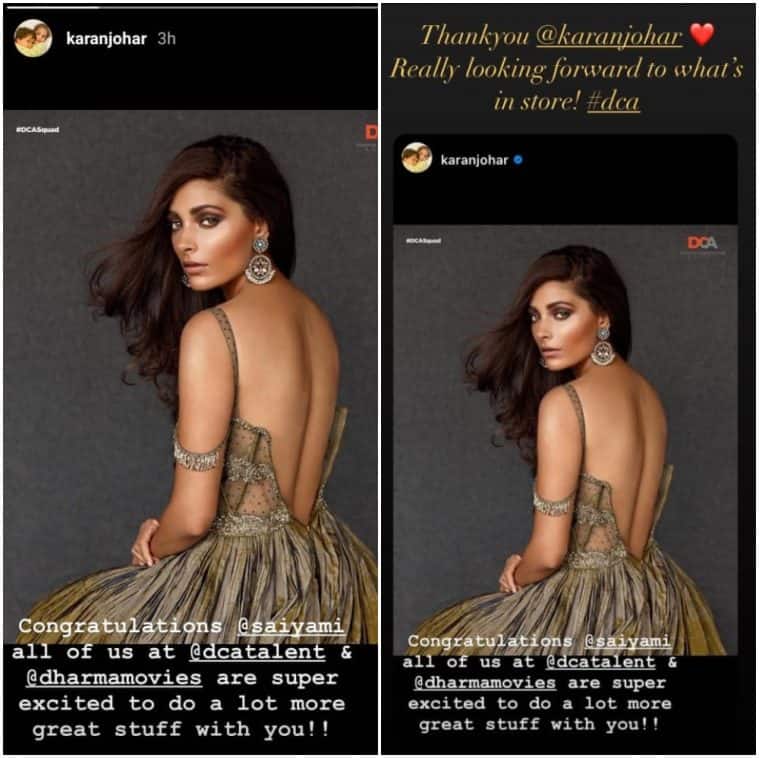 Responding to KJo, Saiyami wrote, “Thank you @karanjohar. I can’t wait to see what lies ahead. “

Johar launched the talent management agency in December 2020, in partnership with Bunty Sajdeh. While announcing the launch of his new business, Johar said, “DCA will also serve as a platform to nurture the best and become an indomitable powerhouse of talent.”

Saiyami, who was last seen in Amazon Prime Video’s Unpaused and Netflix’s Choked, directed by Anurag Kashyap, will next be seen in the Telugu film Wild Dog, directed by newbie Ashishor Solomon. The film starring Nagarjuna Akkineni, Dia Mirza, is scheduled for release on April 2.